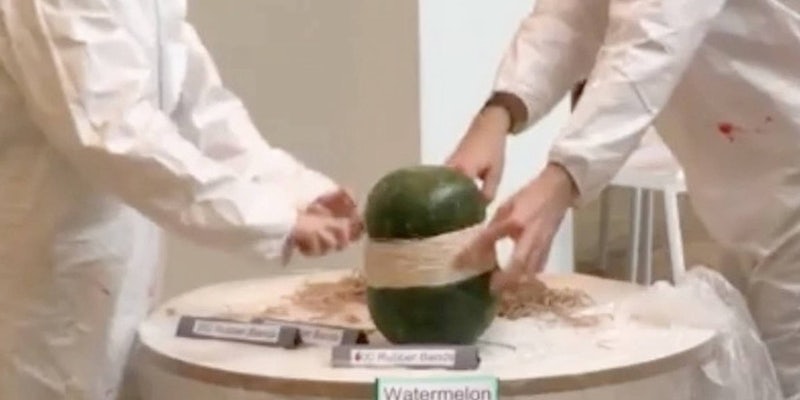 Gallagher was ahead of the curve.

On Thursday, we learned that Facebook is deeply afraid users may have stopped sharing the deeply personal content that keeps people coming back to the site, jeopardizing their business model of monetizing our thoughts, feelings, and friendships.

Even notorious social media oversharer Robert Scoble (ask your parents) thinks the age of the overshare is, well, over, and the tween Snapchat generation dismisses Facebook as a site for those oldsters known as millennials. What’s poor Mark Zuckerberg supposed to do? What is BuzzFeed supposed to do, for that matter, when competitors like Mashable have given up on web pages and bet it all on platforms?

Live video. It’s pretty much the only way forward.

In an interview with BuzzFeed News—of course—Zuckerberg explained Facebook’s pivot to live video as a reaction to the rise of Snapchat and Periscope, which seemed to signal a shift in viewing habits.

“The big decision we made was to shift a lot of our video efforts to focus on Live, because it is this emerging new format; not the kind of videos that have been online for the past five or ten years,” the Facebook CEO said.

The watermelon is insidiously brilliant. You know it’s dumb, but you can’t stop watching. The sunk cost fallacy dictates that you’ve already invested a few minutes of your time in this stunt, so you’re not going to leave until you get what you came for: exploding fruit. Got anything better to do?

The melon stunt cost virtually nothing to produce, caught the attention of hundreds of thousands on a Friday afternoon, and made money for BuzzFeed, one of the sites Facebook is paying to broadcast events that will, ideally, help Live catch on. Events like an exploding watermelon, apparently.

Everyone knows what’s going on here. Media Twitter’s reactions were all eyerolls and doomsaying; insiders bemoaned the cynical, ongoing dumbing-down of everything. As I write this, someone is spoofing the watermelon by seeing how many staples he can fit into an orange.

But we’re all going to watch anyway.

It’s not like dumb, visual stunts are new. Previous generations had America’s Funniest Home Videos, Jackass, and The Simpsons joke “Man Getting Hit by Football,” then graduated to YouTube blooper videos. We’ve never been above laughing at this stuff, and we never will be—at least, not in our lifetimes. Technology progresses, humans don’t.

The difference is that media gatekeepers used to pay Gallagher to smash a watermelon or Steve-O to staple his nuts to his leg. Now kids on Vine and Snapchat—or BuzzFeed interns—are doing stuff that’s just as stupid-funny, but with incredible immediacy and zero production costs. If Facebook is losing its place as the locus of modern friendship, it can’t afford to lose the video race, too.

Congratulations. It’s still Facebook’s Internet (for now), and we’re all sitting in the Splash Zone.