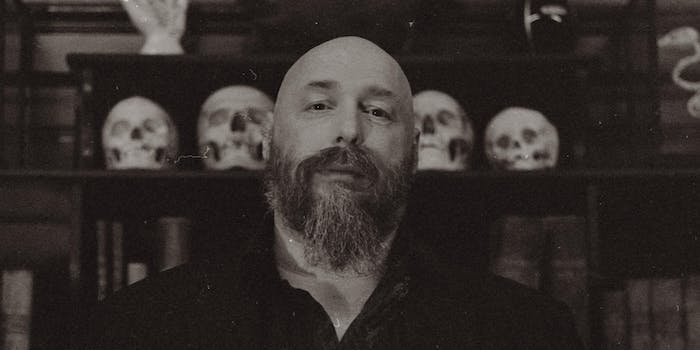 More than 60 people have accused writer Warren Ellis of predatory behavior and abuse.

One year on from being accused of sexual and emotional abuse by more than 60 people, comic book writer Warren Ellis is back. Working with artist Ben Templesmith, Ellis will revive the 2005-2008 comic series Fell, published by Image Comics. This decision is attracting harsh criticism, aimed both at Ellis and at his collaborators. Why is Ellis making a comeback without attempting to make amends for alleged past behavior? And why are Image Comics and Ben Templesmith (co-creator of 30 Days of Night) helping to rehabilitate his career?

Ellis is one of the biggest names in comics, working on numerous Marvel and DC titles alongside his own original works; a prolific career including hits like Transmetropolitan and Red. He was also the showrunner of Netflix‘s Castlevania, which ended this year. This made him a well-connected figure, which helped to protect his reputation over the years. But in 2020, following other sexual abuse scandals in the industry, people began to come forward with allegations against Ellis. They accused him of using his celebrity status to coerce them into sexual relationships, with several accusers saying they now suffer from depression and complex PTSD. Detailed testimonials were published on a website named So Many Of Us, describing a pattern of behavior where Ellis would allegedly single people out online (usually young women) and groom them under the guise of mentorship.

This website placed the accusations in a clear timeline, drawing parallels between dozens of experiences where Ellis allegedly used similar techniques to groom and manipulate his targets. In response, Ellis released a statement acknowledging the accusations while denying that his behavior qualified as abuse. “I have never considered myself famous or powerful,” he wrote, downplaying the idea that he used his status to coerce young and vulnerable people. Characterizing these relationships as consensual affairs within an open marriage, he denied that he ever “consciously coerced, manipulated or abused anyone, nor have I assaulted anybody.” This statement was not well-received by his accusers and critics.

Rather than taking legal action, the group behind So Many Of Us asked Ellis to participate in transformative justice. They wanted him to publicly acknowledge his pattern of behavior, and “contribute to transformative work to dismantle the systems which allowed [abuse] to go on.” He ignored this request. Instead, he followed a sadly familiar formula for public figures accused of sexual abuse: He went radio-silent for a while, and then tried to make a comeback. On July 23, the So Many Of Us site posted an update making it clear that they didn’t want to “cancel” Ellis. They wanted to have a constructive discussion about abuse in the comics industry, but Ellis chose not to participate or make amends:

“Since his public statement a year ago, to the knowledge of these authors, Ellis has still not taken direct responsibility for his destructive behavior nor attempted to tackle the circumstances that allow such behavior to go on unchecked both on and offline.”

Image Comics is now facing backlash for the upcoming Fell revival, with several people pointing out that Image—the third-largest comics publisher in the U.S.—also supports other creators who were accused of abuse during the #MeToo era. Image’s only response was a statement to io9, confirming the publisher’s plans for a new Fell book by Ellis and Ben Templesmith. Meanwhile, Templesmith offered a defensive response on his Patreon page, replying to a comment from musician and editor Meredith Yayanos, who had previously shared a disturbing testimonial of alleged longterm abuse by Ellis. “We exist,” Yayanos wrote on Templesmith’s Patreon page. “But you can’t even bring yourself to acknowledge us directly. Why is that, sir?”

Templesmith replied: “I just can’t subscribe to a permanent social and economic living death for anyone, outside of criminal matters. What’s between you all & him is your personal business & I wish you all well in those dealings.” He added that he believes in redemption, and feels that Ellis is “capable of making amends, growing from his actions & hopefully becoming an example of change in a community that desperately warrants it.” However, this presents an inaccurate view of both Ellis’ behavior and the requests from his accusers.

At the moment, Ellis is not suffering from what Templesmith describes as “a permanent social and economic living death.” He has numerous books still in print, and retains enough of a public platform to crowdfund and self-publish other work if he wishes. Meanwhile, he’s made no attempt to “make amends” or “become an example of change.” His accusers are still speaking out against him. By choosing to collaborate on another volume of Fell, Image and Templesmith are prioritizing Ellis’s career (and the money they can make from working with him) above the express wishes of his accusers.

The Daily Dot has reached out to Templesmith, Ellis, and Image Comics.