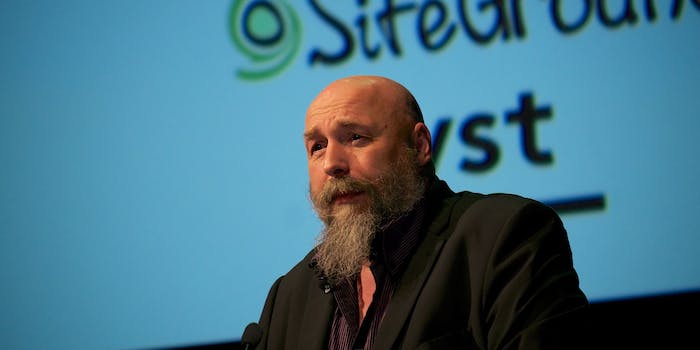 The website creates a 20-year timeline of abuse allegations.

Three weeks after renowned comic book writer Warren Ellis was accused of serial sexual and emotional abuse, a website has been launched to share testimonials with the public.

Titled “So Many of Us,” it begins with a public statement from “a group of over sixty women and non-binary individuals whose utmost concern is the safety and protection of others like us.” It states that nearly 100 people have privately come forward with allegations, 36 of whom provided specific accounts for the website. Some people named themselves publicly, like musician Meredith Yayanos and artist Zoetica Ebb, while others chose to remain anonymous.

Collated together, these accounts create a 20-year timeline of abuse allegations, cross-referenced to a list of behaviors that occur again and again, suggesting a clear pattern of strategies that Ellis allegedly used with multiple victims.

Many of these stories follow a very similar framework: Ellis would approach a young, femme-presenting person who respected him as a writer, sometimes actively recruiting them from his fan forums or selecting people with profile photos he found attractive. Positioning himself as a mentor, he would flatter his targets with constant compliments and suggest he could advance their careers, while also angling for a sexual relationship, often resulting in coercive sexual activities on video or by phone.

If his targets expressed doubts, he would punish them by becoming emotionally distant or ghosting them entirely, which in some cases had a negative impact on their careers. Many of the accounts included disturbing descriptions of calculated emotional manipulation.

In public, Ellis was a beloved, well-connected, and very successful figure in the comics community, and was seen as an incubator of new talent. His male protégés did not receive the same treatment as the young women and nonbinary people he allegedly isolated and targeted for secret sexual relationships.

This website provides detailed allegations with an aim at preventing more people from being groomed in a similar way. While Ellis did release a carefully-worded apology last month, he didn’t acknowledge the inherent power imbalance in these relationships and failed to address the trauma reported by many of the people who came forward.

According to the “So Many of Us” open letter, several of his alleged victims now suffer from depression, complex PTSD, and “involuntary conditioned responses” as a result of their relationships with Ellis. The site also alleges that Ellis “continued to send sexual messages and overtures to people as recently as July 2020,” suggesting a lack of sincerity in his apology.

The statement makes it clear that the people speaking out about Ellis’ behavior are not demanding punishment. Instead, the website provides an FAQ explaining precisely why these relationships were harmful, and shares links to resources for abuse survivors.

The front page also includes a request for accountability from Ellis, asking him to acknowledge his actions and pattern of abusive behavior, and admit that he has “callously hurt people.” The accusers suggest that he should “contribute to transformative work to dismantle the systems which allowed this to go on.”

While Ellis is the most famous person to be accused of such behavior in the comics community, numerous allegations have emerged regarding other writers, artists, and editors, suggesting a toxic culture where sexual predators target young, vulnerable newcomers to the industry.

These alleged abusers nurtured a broad network of friends and collaborators. The community is still struggling to acknowledge its own abusive power structures, never mind tackle the fallout from specific allegations. The “So Many of Us” site hopes to prevent people from sweeping the problem under the rug once again.