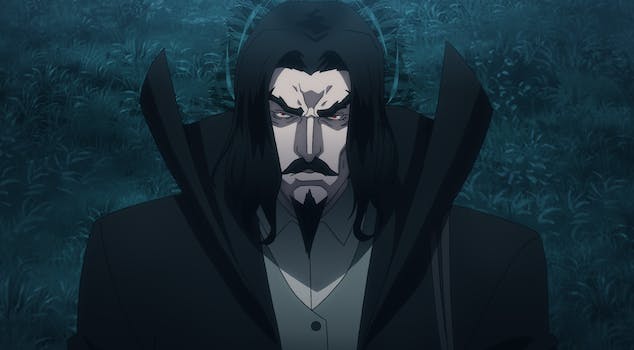 Netflix’s ‘Castlevania’ series breathes some life into the franchise

At just four episodes, the series leaves you wanting more.

The first season of Netflix’s Castlevania unfolds over just four short episodes, but the series has been waiting to awaken for more than a decade.

Castlevania is a massive video game franchise, and the original game was released in the U.S. for Nintendo in 1987. It tells the story of the Belmont clan—who hunt vampires in an attempt to protect humanity, armed with a vampire-annihilating whip. But the Netflix series is based more on Castlevania III: Dracula’s Curse, the third game for Nintendo which focuses on protagonist Trevor Belmont and is a prequel of sorts to the first two games.

At just four 30-minute episodes, Castlevania does feel more like a movie than a series. In episode 1, Dracula (voiced by Graham McTavish) is mourning the loss of wife Lisa (Emily Swallow), who is burned at the stake for witchcraft (i.e. embracing science). He vows to end humanity over this grave offense, but it’s 1476 and the church is the ruling class; the morally vacant Bishop (Matt Frewer) becomes the villain, massive vampire bats descend over the doomed, and many people are stabbed. We eventually meet Trevor (Richard Armitage), who vows to defend his family’s name against encroaching evil. When he and mystic Sypha (Alejandra Reynoso) encounter Alucard (James Callis), the son of Dracula and Lisa, in episode 4, the next act is set up.

Speaking to the Daily Dot at RTX, Rooster Teeth’s annual gaming convention, Fred Seibert, head of Frederator Studios and executive producer of Castlevania, said the series was more than a decade in the making and had been proposed as a live feature and direct-to-DVD movie. But they held out for the right home.

“The idea of an adult-oriented animation that isn’t jokes is not really a common U.S. phenomenon,” Seibert says. “And until Netflix came along to be the perfect partner, we were just having a tough time finding the right home so we can make the movie or make the series the way we wanted to make it.”

The Game of Thrones feel is heavy, something showrunner Adi Shankar (Power/Rangers) said in February isn’t accidental. However, Seibert says comics writer Warren Ellis penned a script a decade ago. Ellis certainly gives the story a bit more complexity, character, and brutality than the game—much like Netflix’s BoJack Horseman, this is not a cartoon for kids. Frederator worked with Austin’s Powerhouse Animation Studios to get the animation style right, and what Castlevania lacks in a more dedicated story, it makes up for with stunning visuals and combat scenes.

The series has already been renewed for season 2, which shows how much faith Netflix has. It will feature eight more episodes that will air sometime in 2018, according to Seibert. Video game adaptations can be iffy, but Castlevania is a more nuanced take. It feels like it’s just waking up.