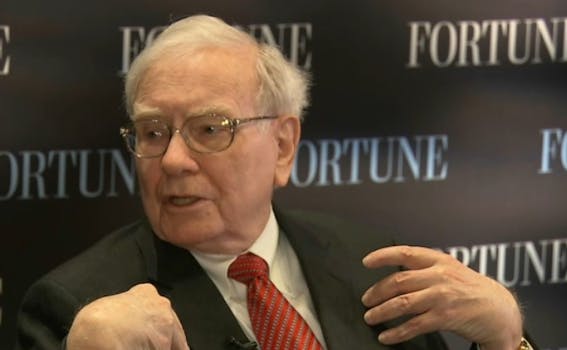 Buffett didn't wait to be invited to the Twitter party. He gatecrashed it, swaggered up to the stage, and grabbed the mic.

He didn’t wait to be invited to the Twitter party. He gatecrashed it, swaggered up to the stage, grabbed the mic, and announced his presence as broadly as you might expect.

Warren is in the house.

That’s a pretty great first tweet. Especially for an 82-year-old who once admitted he didn’t know how to check his voicemail. He also, for years, rebuffed an offer by Bill Gates to set up a computer for him.

Among other observations of Buffett’s first tweet, sent on stage during an interview with Fortune at University of Nebraska Omaha: He sent his tweet using an iPad! That’s something interesting. A rich dude with an iPad, who’d have thought it?

You can see Buffett send the tweet during the interview here.

His first tweet is a lot better than the debuts of many of his peers. Here’s a look at the first tweets sent by some of the other richest people in the world, and why they suck compared to Buffett’s.

“Hello World.”Hard at work on my foundation letter – publishing on 1/25.

Gates gets brownie points for embracing his inner nerd. “Hello World” is a basic type of computer program that prints those two words on a screen. However, the rest of Gates’s debut tweet is boring. Telling the world you’re working on a letter for your foundation is akin to telling everyone “I’m working on my novel! :)” no matter how much good work his foundation is doing.

Also, Gates was among those to welcome Buffett.

Oh, to have a hidden camera at that game of hearts. These are guys who could gamble with countries, not quarters.

@ooontz I knew you’d be under ditka

What is this, Zuck? An inside joke shared with a friend on Twitter? A social experiment gone awry? Anyway, it is terrible.

Oracle’s got 100+ enterprise applications live in the #cloud today, SAP’s got nothin’ but SuccessFactors until 2020

Ellison, the co-founder of enterprise software company Oracle, used his first and only Tweet to boast about his company’s success and take a swipe at competitor SAP. It’s certainly high on the entertainment value, but we’re not sure “modesty” is in Ellison’s vocabulary.

Bloomberg tried tweeting for the first time during a Spanish lesson. His teacher must have hated him that day.

Have just. Taken punctuation lessons. For the first time. Also, since when was Murdoch rational and optimistic?