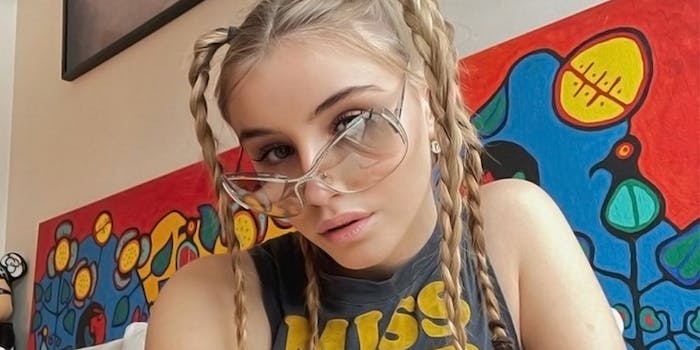 Even though Italy hasn’t had a king since the referendum that abolished the monarchy in 1946, the exiled royal House of Savoy still maintains its claim to the throne and has chosen 17-year-old princess Vittoria as their future queen.

Despite an official lifting of their exile in 2006, something which involved formally giving up their claim on Italy’s throne, none of the Savoyans actually live in Italy, only visiting the country they claim to rule on occasion. They also, despite their renunciation, continue to maintain that they are the rightful rulers, with some at least holding out the eventual hopes of regaining the throne.

People responded to the news with references to TV shows like Game of Thrones and Succession.

While naming a woman, of a defunct monarchy no less, as the heir presumptive may seem unremarkable given the number of reigning queens currently in Europe, the House of Savoy is something of a special case. First, because in order to name Vittoria as his heir, Vittorio Emanuelle IV had to overturn a thousand-year-old law forbidding women from taking the throne in their own right, something people invested in the Italian monarchy say he has no right to do until the throne is restored. And second, because there are multiple rival royal houses who firmly believe that they are actually the rightful rulers of Italy, or in one case just the Southern parts of it, and that the selection of Vittoria as future queen is “completely illegitimate.”

Chief among the House of Savoy’s rivals are the Aosta, cousins of the main branch who say the current ruling branch of the House of Savoy are “sullying the good family name.” According to Vittoria’s father, they’ve been trying to wrest the crown away from his line of the family for over a century and saw Vittorio Emanuele IV’s lack of grandsons as the chance to “finally have what they were waiting for, for 150 years.”

The Aosta and the Savoia have long had a rocky relationship, as Prince Amedeo, Duke of Aosta, has long claimed to be the real, legitimate Duke of Savoy. Something he announced after the 2004 wedding of King Felipe IV of Spain, where he was apparently punched twice in the face by Vittorio Emanuele IV. Both men were in their sixties at the time.

But it’s not just a matter of personal satisfaction to be able to claim they’re the rightful king of Italy and true heir to the ancient house of Savoy—there’s a lot of money in it as well. In addition to the reality TV and product endorsement career that Vittoria’s father has managed to make off the back of his princely status, there’s also the fact that only the reigning member of the House of Savoy can confer certain titles and honours onto people. Titles and honours that are still very much in demand, and which people pay the family significant amounts of money for.

As for Vittoria herself, while her father is pressing her to take the position of queen in exile seriously, with apparent hopes that she’ll be the one to restore the throne, the idea of ruling Italy seems more “abstract” to her. Vittoria, who goes by vittoria.disavoia on Instagram, currently has more than 36,000 followers on the app. Though touched by her grandfather’s decision to change the rules to allow her to inherit, she’s much more interested in creating a fashion brand, telling the New York Times, “I don’t want to seem different.”

Meanwhile, all anyone watching this from the outside has to say is: where’s the HBO show?

And if you’re jonesing for more wacky exiled royal drama after reading this, don’t worry. There are a lot of former royal houses to go around, each one weirder than the last.