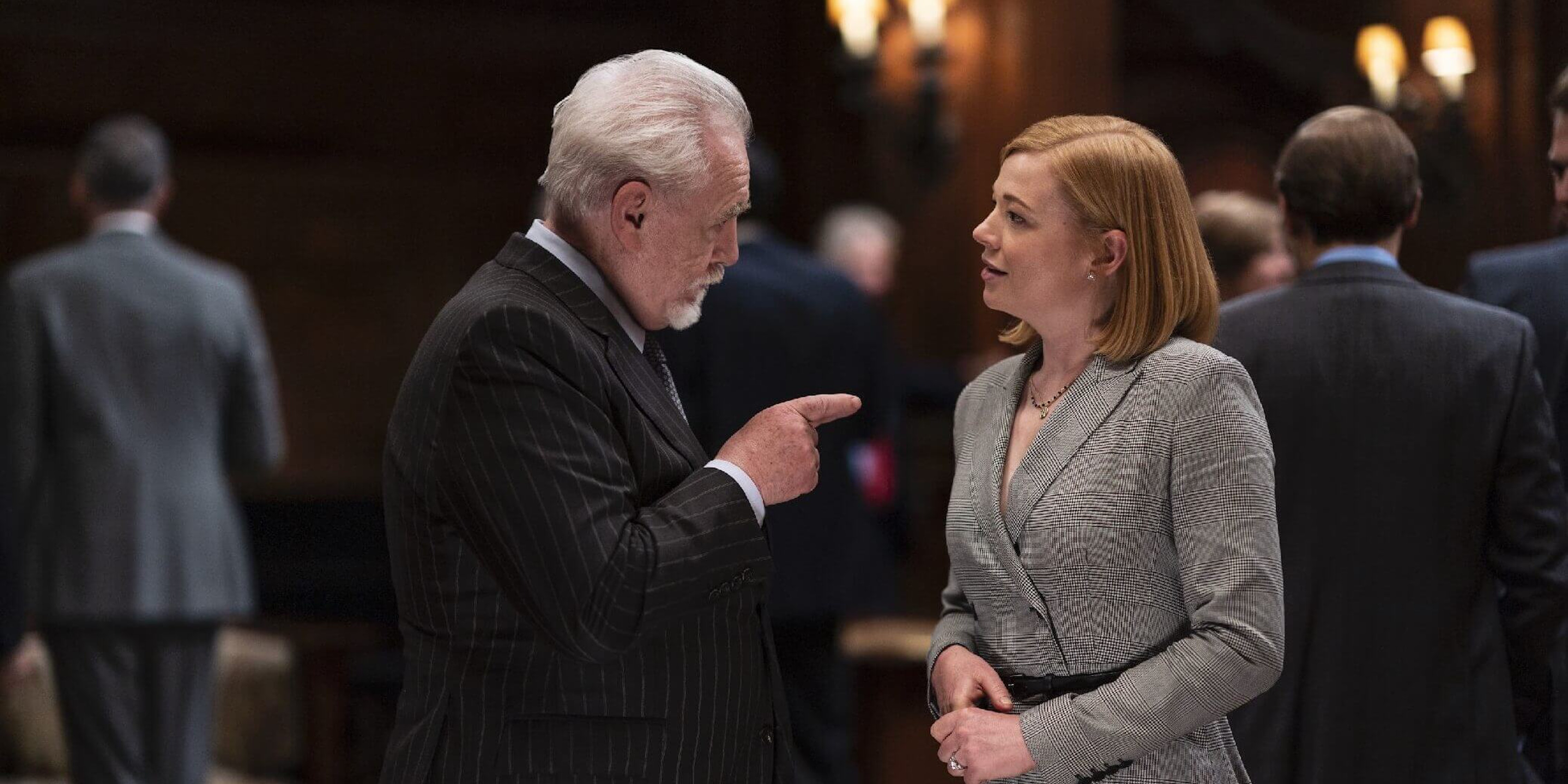 Why ‘Succession’ was the defining TV show of 2019

Along with being a brilliant drama, 'Succession' reveals our own biases about wealth and power.

At its best, HBO’s Succession will make you want to throw up from sympathetic anxiety. And in 2019, that’s apparently what audiences wanted to feel. Like so many prestige TV hits (Watchmen included), Succession’s actual viewing numbers were minuscule compared to procedural juggernauts like NCIS, but its cultural impact outstripped its ratings. If you love Succession, you really love Succession, and season 2 saw the show spread like a plague. 2019 was the year of Succession fandom, reflecting our perverse obsession with the super-rich.

American TV loves rich people, from the dramas explicitly about wealth culture (Gossip Girl, Billions, Empire) to the many shows that quietly ignore the unrealistic financial security of their “average” middle-class protagonists. Succession feels different because, amid all the luxury and the dynastic power-grabs, it’s an aggressively unglamorous depiction of extreme wealth.

The Roy family and their hangers-on are a squad of unrepentant shitbags, largely incompetent and poisonously unpleasant. Almost every episode involves some kind of party or luxury vacation, but no one has an iota of fun. They’re persistently miserable, not in the twee sense that Money Can’t Buy You Happiness, but because every waking moment is dedicated to retaining their power. Any one of these characters could quit at any point and live like a king, but they don’t because they always want more, and they can’t stand the idea of ceding control. That’s really the whole point here. Instead of reveling in escapist wealth porn like other shows about the super-rich, Succession emphasizes that all this money is just a game to the Roys, and it’s not the kind of game you actually enjoy playing. It’s Boar on the Floor.

At a time when we’re all stressed about being trapped by toxic capitalism, it’s weirdly comforting to watch one-percenters be deeply miserable as well. Yet Succession isn’t a “poor little rich people” story. Every character is a monster, to one degree or another. The Roys lay off crowds of blameless employees, abuse their friends and relatives, and mistreat their staff. Their business practices make the world worse in blindingly obvious ways. On an individual level, they’re sympathetic because the show’s creators build up a realistic, horrifying depiction of generational abuse in a close-knit family. But whenever you start feeling really bad for someone, the show pulls back to remind you how shitty they are. Case in point: The entire family’s response to the cruise ship scandal this season. Crucially, Succession hammers home the point that these people don’t “deserve” their wealth at all. They got here through privilege and bullying and corruption, not because they’re strategic masterminds. The Trump family comparisons write themselves, which is why it’s so wild to see viewers try to argue that the Roys are remotely smart or competent.

The core tenets of Succession fandom are a) morbidly hilarious memes, b) analysis of why the show is a masterpiece, and c) bad opinions. Bad opinions like “Shiv is a feminist underdog hero,” or “Logan secretly has a genius plan under his sleeve.” It feels very telling that while the show repeatedly depicts these characters as venal idiots – or illustrates how they’re being manipulated by abusive relationships – some viewers still want to believe the Roys are playing three-dimensional chess. There’s a hunger to figure out a puzzle that isn’t there, to root for a hero that doesn’t exist.

It’s the same kind of mindset we see play out in real life, bolstering the safety net for people who behave like Logan Roy and his children. We find it hard to swallow the idea that you can be evil and stupid, and still be massively successful, even though it demonstrably happens all the time. Faced with a show that illustrates the exact psychological reasons why idiots and abusers remain in positions of power, we still instinctively try to find a method behind the madness. During its rise to cult popularity this year, Succession reveals some uncomfortable truths around our own biases about wealth and power.

Seasons 1 and 2 of Succession are streaming on HBO.