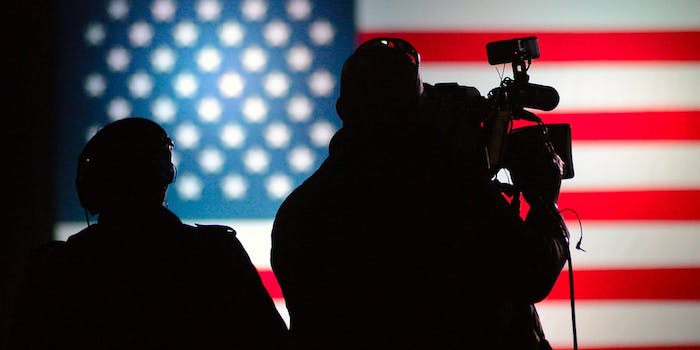 They were just doing their jobs.

While live on TV for a morning segment, Alison Parker and Adam Ward, a broadcast reporter and a videographer at a Virginia news station, were both allegedly shot by a former employee of the station, Vester Lee Flanagan II. During their final moments, thousands of viewers and the station’s staff—including Ward’s fiance in the control room—watched in horror as screams and gunshots rang out, with the camera dropping to the ground. The two young journalists, both regarded as hard workers with bright futures, were killed in cold blood.

Yet early reports of the shooting from most networks followed a familiar pattern, one on display when deadly gun and police violence claimed lives on videotape. They played the disturbing footage for viewers across the United States and around the world, likely predicated on the notion that audiences have the right to see what happened firsthand. One major broadcaster in particular, namely CNN, even noted during breaking news reports that they would only play the video once per hour.

If we need to see other people get gunned down on TV or on the Internet to be moved toward empathy, there’s something terribly wrong with our current state of affairs. One need not watch a videotaped execution to know that gun violence is an extreme problem in America. And the deaths of journalists, unarmed black people, and others cannot and should not be fodder for our infotainment.

Now clear that it was a targeted killing in Virginia. Please don't post or circulate video of the shooting, which is what the shooter wants.

If you RT or post that Virginia shooting video into my timeline I will be unfollowing you. I don't want to see that, thanks a lot.

Although networks like CNN eventually backpedaled and opted against playing the video of the Virginia shooting, the damage had already been done. Even worse, the reported shooter—who was a TV journalist—livetweeted his murderous act, releasing video from his Facebook, Twitter and other social media accounts. Within the first hour of the shooter’s videos appearing online, both companies suspended his accounts, ensuring their online communities wouldn’t be traumatized by witnessing graphic images of death.

We should be concerned that there’s still enough widespread, perverse interest in reproducing images of gun deaths, but not enough attention on preempting those deaths in the first place.

However, the same cannot be said for when the deaths of Eric Garner, Walter Scott, and a number of other unarmed black people were caught on videotape and released online. Instead, news outlets ran with it for the days, weeks, and months that followed—both on TV and on the Internet. Each of those black victims had their own lives ahead of them, families and friends who cared, and a community of people already burdened with a steady stream of news about racialized police brutality and killings.

But those videos played on for the ostensible purpose of shocking some apathetic audiences into empathizing with black people and paying attention to the important messages from Black Lives Matter activists. However, in the wake of the Virginia shooting, the feelings of journalists and their families outweighed the go-to argument about the “public’s right” to see what happened—and the video was pulled.

Although some would say the decisions—as they pertained to unarmed black people—were influential in gaining traction on the issue, it wasn’t enough to stop the deadly trend from persisting. For example, at least six black women were found dead in police custody in July alone, including Sandra Bland, whose fateful arrest was caught on both a police dashcam and bystander videotape. There were many other unarmed black people who preceded her in death, at the hands of police officers and vigilantes, a news story that steadily gained traction following the murder of Trayvon Martin in 2012.

However, here we are, three years later, and there’s been precious little done to fix issues of systemic racism and state-sanctioned violence that targets black people.

Indeed, the deaths from the Virginia shooting and the images of black death we’ve become accustomed to seeing stem from distinct circumstances—but they also share a common denominator of unchecked gun violence in America. Even before this shooting, many others preceded it—such as the Charleston attack by a white supremacist, the Sandy Hook Elementary School shootings, and even as far back as the shooting deaths at Virginia Tech, Northern Illinois University, and Columbine High School. Even as victims families grieved publicly, and as images of people running for their lives circulated all over the news, nothing substantial was done to help prevent these tragedies from happening again.

The fact that gun violence claimed yet two more lives (that we know of) should be enough to move us to action.

So it can’t necessarily be said that seeing the video of the Virginia shooting will be the one tragedy that prompts American politicians to seriously clamp down on gun regulation to get things done. We don’t need to see the shootings to know they happened; the fact that gun violence claimed yet two more lives (that we know of) should be enough to move us to action.

Rather, we should be concerned that there’s still enough widespread, perverse interest in reproducing images of violent deaths, but not enough attention on preempting those deaths in the first place.

Photo via Darren Birgenheier/Flickr (CC BY 2.0)