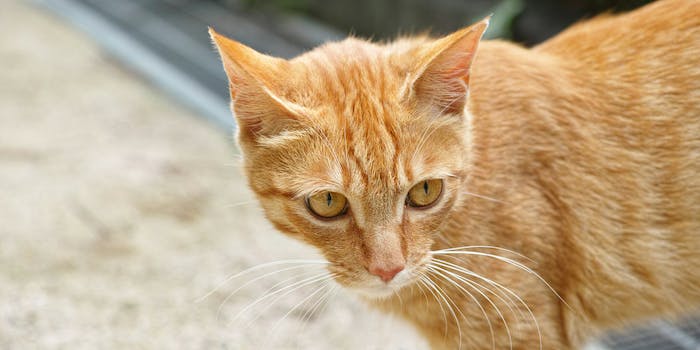 It turned out to be a match meow'd in heaven.

Juliette Avitia, a 17-year-old student from Conroe, Texas, posted a tweet that went viral this week after she accidentally stole someone’s kitten thinking it was a stray.

Avitia told BuzzFeed that she was at a party on Saturday night when she saw the kitten meowing in front of the house with no apparent owner. “I immediately grabbed him and looked at my friends Brooklyn and Sasha and said, ‘We have to take him home,'” Avitia said.

She posted a picture of the kitten on her personal Snapchat—and the cat’s owner called her out.

People on Twitter were upset because they thought Avitia intentionally stole the kitty.

Lmfao I would be mad ah someone stole my cat

just to clarify since y’all love jumping to conclusions, i talked to the guy who owned the cat and he said he didn’t want him, that we could keep him and to take good care of him…..SO THAT’S WHAT I’M DOING WHORES

Avitia said she named the cat P.A., pronounced “paw,” which stands for “party animal,” according to BuzzFeed.

here’s the first night we had him pic.twitter.com/OZE6jYBswg

It was a match meow’d in heaven.