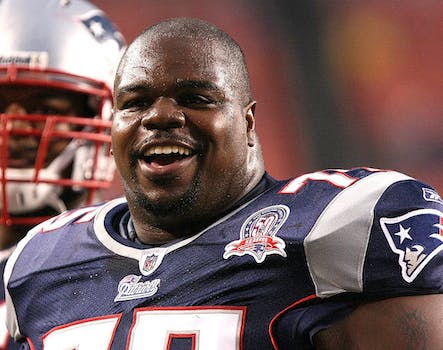 For Vince Wilfork, his one-handed rescue is just another day at the office.

While others were toasting the lopsided, 45-7 Pats victory over the Indianapolis Colts Sunday in the AFC Championship, the 33-year-old former Miami Hurricane pulled a woman out of an overturned Jeep with one hand on his way home from the game. At 6 feet 2 inches tall and 325 pounds, Wilfork probably had an easier time playing superhero than he will facing the powerful Seattle Seahawks in the Super Bowl. The woman, charged with operating a vehicle under the influence, no doubt was clueless that her savior is a run-stuffing former first-round pick in the 2004 draft, and owner of a Super Bowl ring.

Given how much social media loves stories that touch on the thrill of victory or the agony of defeat, Wilfork’s jaws of life act has touched fans in a big way.

The Pats were among the first to salute their hero.

As well as Miami media giving a shoutout to the former ‘Canes star.

But one (seemingly) clever fan couldn’t resist the urge to bring #DeflateGate into the picture.