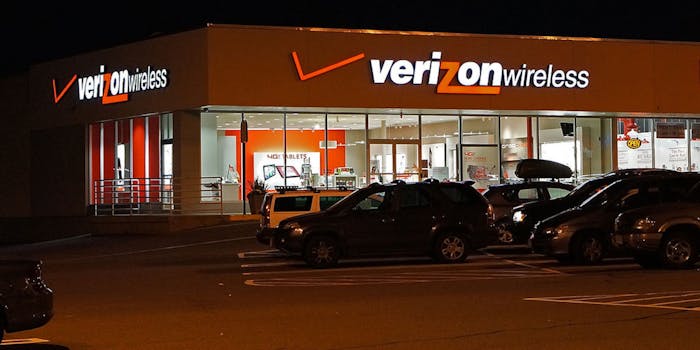 Those hidden fees will kill you.

Having once spent an entire year arguing with Verizon Wireless about a $200 billing discrepancy—and cutting off service entirely after it was resolved—I can scarcely imagine the horror of finding out I “owed” them $2,156,593.64.

That’s the hefty sum the company is allegedly demanding from Ken Slusher and his girlfriend of Damascus, Oregon. The couple told KUTV that they had opened a cellphone account in November 2014 but closed it after just a month due to an “astounding” number of billing errors:

Slusher says they canceled the service in December and returned the phones to a local Verizon store in January.

They thought it was all cleared up until they started getting notices from several collection agencies demanding upward of $2,000.

Slusher and his girlfriend say they’ve been going back and forth for months with customer service representatives who agree there’s been a mistake. However, with no resolution, Slusher checked his Verizon account balance again on Monday and that’s when he heard the $2 million figure.

The collection agencies have come after him at the worst possible time, Slusher added, as he was about to close on the home of his dreams. “If I don’t get this straightened out in the next 24 hours, I can almost guarantee I’ll lose this house,” he said.