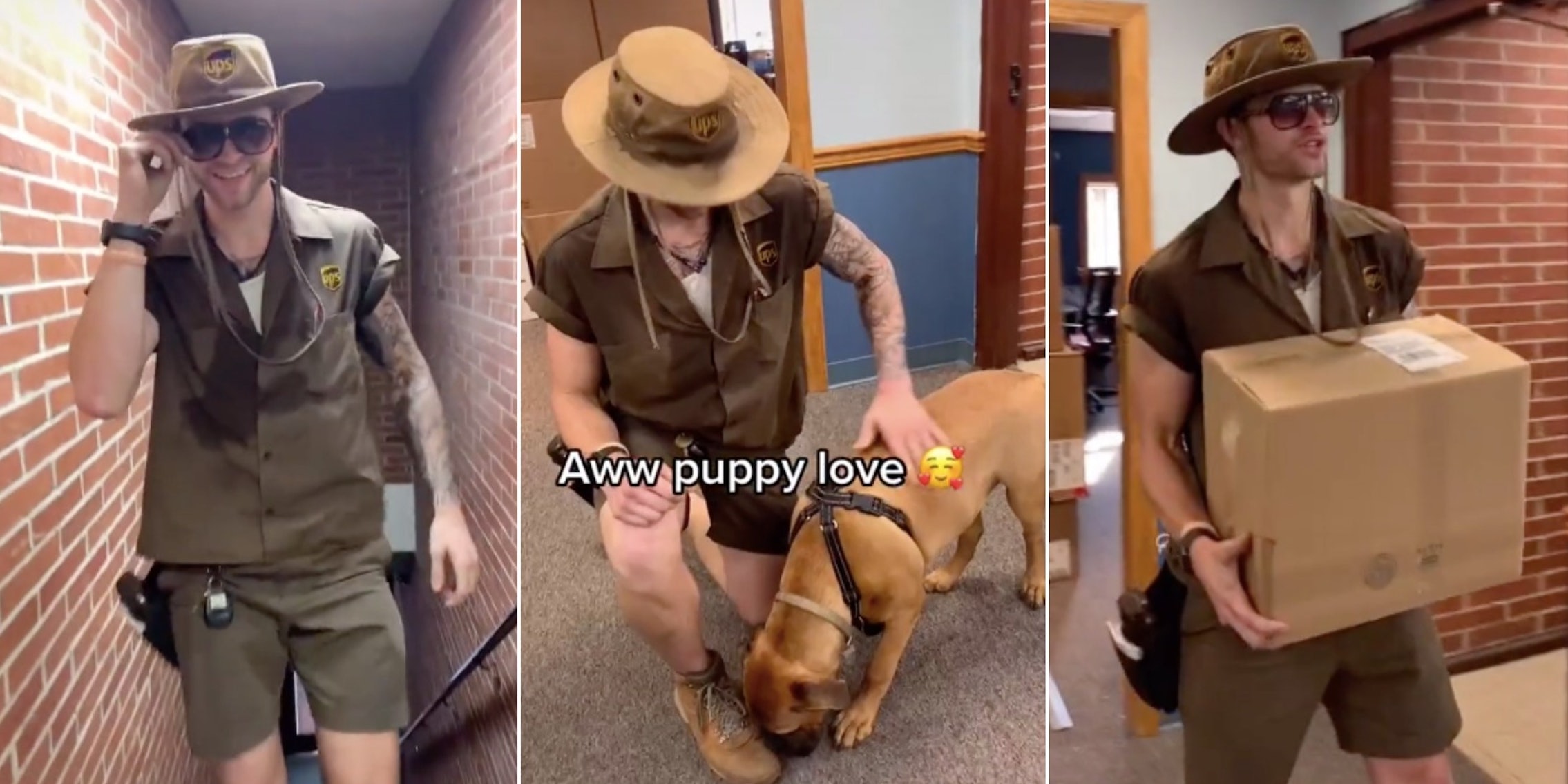 Everyone on TikTok is simping for ‘UPS Bae’

UPS Bae is the hero college students need in these fraught times.

These are fraught times to be alive in America, especially for college students. The unabated coronavirus pandemic is now ravaging campuses across the country, with universities often unprepared to curb the spread and a federal government that’s been hands-off. College students need a hero right now, a beacon of light to remind them the darkness will eventually subside.

For the last two weeks, TikTokers have been simping for UPS Bae, the chiseled delivery man with supermodel good looks who’s been servicing students at Penn State. A visit from UPS Bae can instantly brighten a person’s day—and thanks to a series of viral TikToks that feature him, people all around the country are feeling the secondhand joy (and sheer, carnivorous horniness) that comes from a UPS Bae delivery.

UPS Bae became a viral sensation earlier this month when TikToker @gmatesic shared a video of him making a delivery set to the tune of Cardi B and Megan Thee Stallion’s “WAP.” It has earned nearly 300,000 views and forced TikTokers everywhere to feel so, so many things.

Since then, plenty of Penn State students have enjoyed “socially distanced dates” with UPS Bae, who is allegedly named Connor but at this point would probably also answer to “Daddy,” since everybody is calling him that.

Just look at the way he handles that giant TV with one arm.

Here he is being a health-conscious citizen by applying sunscreen and—oh my God, are those chest tattoos? Fucking hell.

Even dogs like UPS Bae—just look at this pup cozying up to him in the mailroom. Honestly, we’re hyperventilating.

UPS Bae is no longer just a regional sensation. He’s captivating TikTok users at least as far as Nashville, 700 miles away from Penn State.

Long live UPS Bae. May he never stop delivering packages and serotonin boosts to his simp army, both in person and online.