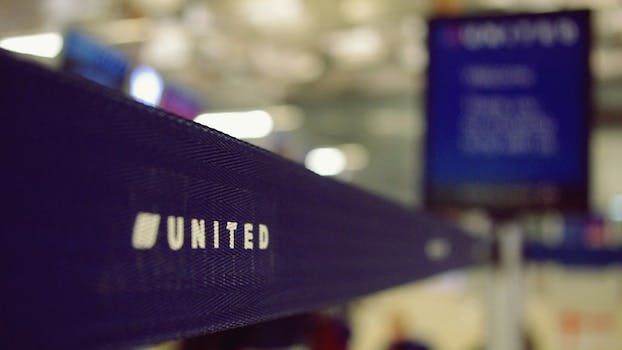 If you’re going to have a miserable air travel experience—and, thanks to airline consolidation, you are!—at least you can make the best of it by trolling the heck out of the airline’s customer service on social media. A man who says he got “screwed” by United Airlines received some small consolation from a very good Twitter exchange.

United apparently left Sonar Jose in a bad spot, far from his destination and out significant time and money.

Enter Doug Exeter, one of those dudes who primarily uses Twitter for comedy one-liners. Even though his account has nothing at all to do with United Airlines, Doug is a nice guy and happy to help.

@SonarJose @united hi somar. im from united customer service. please give me your credit card number and expiry so i can investigate -DE

This joke tweet is good because it has all the hallmarks of actual Twitter customer service—misspelling the customer’s name, signing off with the employee’s initials—but is obviously very fake. What airline would ask for credit card credentials over Twitter?

Jose, being clever and having nothing better to do now that he was apparently stranded by an airline, decided to play along.

This is an extremely fake credit card number, something United Airlines didn’t bother to check before jumping in to expose Doug as a no-good scammer. Although they’d apparently botched the customer service for Jose’s actual flight, they were definitely going to protect him from this joke. Heroic!

@SonarJose Please delete your last tweet. This person is not associated with United. ^NC

And now that Jose had United on the line, he was free to enact his revenge by taking the joke even further.

@united if @DougExeter doesn’t work for you who just tried to buy an airplane on my credit card?

United, convinced that Jose was an idiot who was not joking, advised him to quit being stupid and cancel the “stolen” card.

@SonarJose It was likely a fraudulent purchase made using the card info you posted in a public location. We advise you cancel that card. ^BT

Note the different initials on this United tweet. They’ve got two people working hard to stop a fake scammer. Next, Jose tested how absurd he could get before the airline caught on. Here, he threw in a reference to a classic Dril tweet.

@DougExeter @united can I have my card number back please? my family is dying

Surely, that would give him away?

@SonarJose Were you able to cancel the card? ^KV

Nope! Now a third customer service rep was on the case. And Doug was still playing, too:

.@united @SonarJose i hope your family is enjoying the carbon monoxide i bought for them, on the card

@SonarJose @united i feel kinda bad about buying $12000 of poison on your card. heres one you can use

That’s the fakest card number ever. It’s got all the good internet numbers: the sex number 69, the weed number 420, the boob number 8008, and the historic American tragedy 9/11.

At this point, United finally got the idea and stopped responding. They did, however, ask Jose to rate the service they had provided:

The airline may have failed at the core part of its business—air travel—but Jose rated himself “pretty satisfied” with the Twitter response. Great work, United.