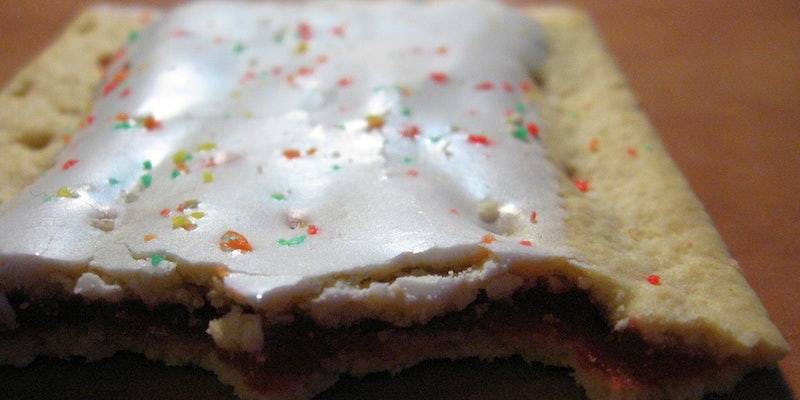 'What kind of satanic bullshit is this?'

Everyone knows that the best part of the Pop-Tart is not the sizzling fruit filling that burns your lips once you bite into the breakfast pastry, but rather the deliciously semi-chalky flavored frosting. So it makes sense that a Tumblr user would be outraged upon opening her Pop-Tart wrapper to discover that her morning treats were unfrosted.

“Why in the actual fuck would Pop-Tarts remove the reason why Pop-Tarts even became an entity in the first place,” she angrily pondered.

Quick history lesson, though: Pop-Tarts weren’t originally frosted when they debuted in 1964. But in 1967, once the people at the Kellogg Company figured out that the frosting could withstand toasters’ heat, they debuted frosted Pop-Tarts.

At the end of the day, we’re totally with this Tumblr user. If science let us frost Pop-Tarts, why the hell would we ever go back?

The unfrosted Pop-Tarts were ultimately thrown away, which means they ended up where they belong.

Photo via amylovesya/Flickr (CC BY 2.0)