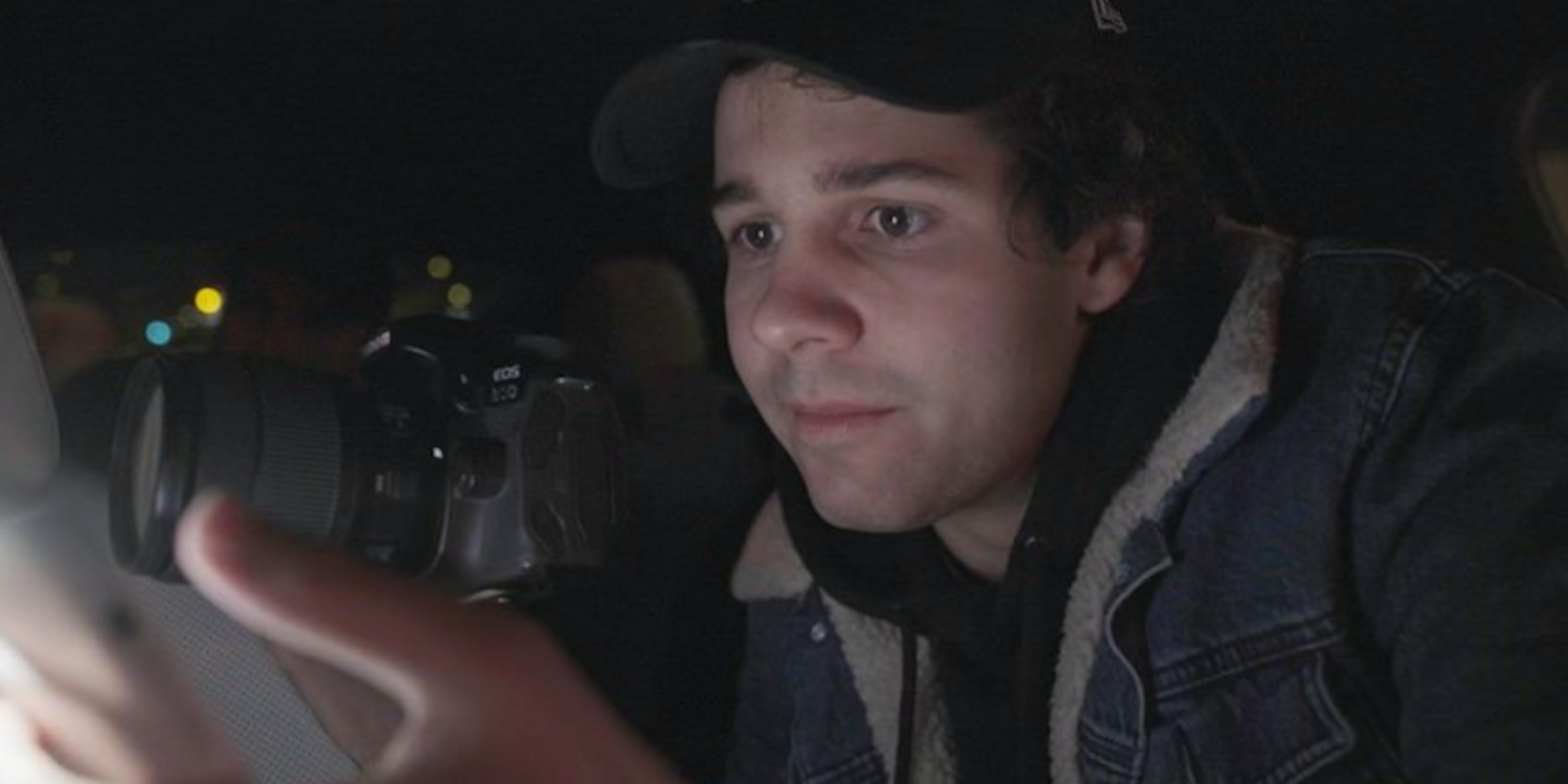 ‘Under the Influence’ explores the rot of the creator economy

The film focuses on David Dobrik, but it could be about so many YouTubers.

Casey Neistat started filming David Dobrik in 2018, when the YouTuber was ascending in popularity and his Vlog Squad videos were clocking millions of views. In March 2021, Insider published one woman’s account of the night she claims she was raped by Vlog Squad member Dominykas Zeglaitis, aka Durte Dom. Dobrik’s content deals and sponsorships started disappearing.

Suddenly, Neistat had a different film. He captures the fallout and more in Under the Influence, which debuted at South by Southwest (SXSW). Thankfully, this film is not trying to rehab Dobrik’s image.

RELEASE DATE: March 12, 2022
DIRECTOR: Casey Neistat
YouTuber Neistat might have set out to capture Dobrik’s rise to fame, but he came away with something much more telling.

Neistat, a longtime vlogger himself, is the perfect conduit for this kind of story: He understands the YouTube ecosystem and why Dobrik is so popular. When he first arrives at Dobrik’s home to film, his subject mischievously greets him with a flamethrower. Multiple shots of Dobrik navigating screaming fans reveal they’re mostly young women and teenage girls.

The Vlog Squad, Dobrik’s largely male, rotating cast of “characters,” typically indulge in dumb Jackass-style pranks or stunts. Neistat captures how the content went from fairly tame to increasingly extreme, culminating in an excavator stunt that left Vlog Squad member Jeff Wittek with permanent damage to his face and eyesight.

Neistat talks to a Dobrik superfan to get some insight from the people consuming this content. He speaks with YouTube Chief Business officer Robert Kyncl. We don’t get insight from Dobrik’s family or non-Vlog Squad friends. If you zoom out, Under the Influence could be about any number of YouTubers who explode in popularity and then have to face accountability for words or actions. But YouTube simply does not have a system of accountability in place, so it falls to the fans.

The doc mostly hinges on the 2018 assault. Kat Tenbarge, the reporter who broke that story, is featured and her reporting syncs up with nauseating footage of Vlog Squad members laughing and listening at the door while the assault takes place. The video, which was removed at the woman’s request, was titled “SHE SHOULD NOT HAVE PLAYED WITH FIRE!!” and it had millions of views. Zeglaitis faced more accusations of misconduct after that report.

There’s a sequence where several Vlog Squad members express gratitude for what Dobrik’s given them and suggest they wouldn’t be where there are without him. And yet, Dobrik still seems to believe he was just there with a camera. When Neistat asks him if he was responsible for Wittek’s accident (Dobrik was operating the excavator), he eventually says yes but you can see self-preservation is his first impulse. He says early on that his job is to “convince people I’m having fun.” Neistat resists any hand-wringing, instead letting most of the subjects speak for themselves.

Dobrik apologized a couple of times after the Insider article; his apologies-as-content approach was parodied on SNL. In one last interview, Neistat asks Dobrik if he thought the Insider article was “fair.” Dobrik says no, that it was just to get “clicks.” Perhaps he is so enmeshed in the metrics of YouTube and online commerce that he can’t think about it any other way. Dobrik has a neon sign in his million-dollar L.A. home that says “Clickbait,” which is the name of his merch line.

This year’s SXSW includes a handful of movies and docs about influencers; Under the Influence’s ending has a bit of a horror-movie feel to it. Is Dobrik canceled? No, not at all. Like so many before him, he’s already back.