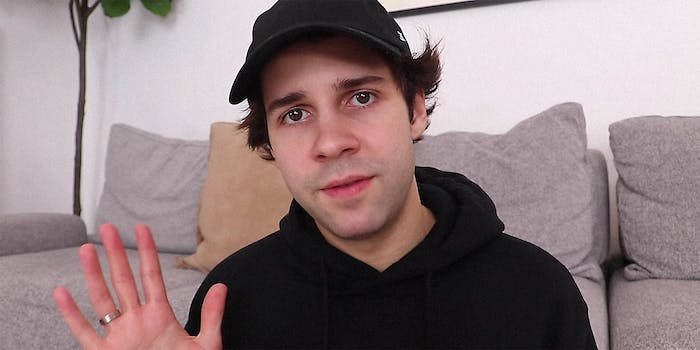 Dobrik has apologized. The former Vlog Squad member accused of rape has not.

David Dobrik posted another apology video on Monday, addressing his initial response to allegations of rape against a former member of his Vlog Squad.

As reported last week by Insider, a woman claims that in 2018, Vlog Squad member Dominykas Zeglaitis, known as Durte Dom, raped her during a party. In a seven-minute video, Dobrik explains that he wanted to apologize more respectfully, and that he “fully” believes the woman’s allegation, which was not really the sentiment in his first apology.

Dobrik says that he was “disconnected” from the very culture he was enabling with his “shock” videos, and the fact that he “was creating an unfair power dynamic.” Much of that night was filmed for a vlog, which Dobrik later removed at the woman’s request, though it had already received millions of views by then.

Dobrik also acknowledged other women who had voiced their own concerns about Zeglaitis in 2018, and apologized for not believing them, as well as going on to make jokes about sexual assault for content.

In the wake of the Insider report, and other damning videos and accounts about Zeglaitis, Dobrik, and other Vlog Squad members, Dobrik stepped down from his photo app, Dispo, and has been dropped from partnerships with DoorDash and Dollar Shave Club. He added that he is taking a “break” from vlogging.

Still, many commenters called out the fact that Dobrik is doing the apologizing and taking accountability but not Zeglaitis, who has been accused of a crime. Yesterday, YouTuber Chris Klemens pointed out the impulse in vlog culture to call allegations of grooming or assault “drama.”