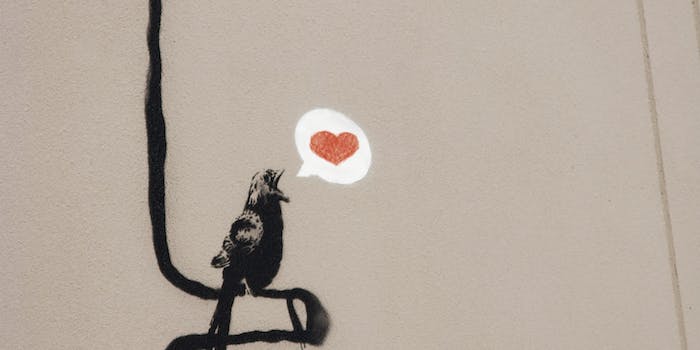 Twitter’s #oomf, a hashtag for secret flirtations and fights

"Oomf" is an acronym, not the sound of a comic book superhero being punched in the stomach, and it stands for “one of my friends/followers.”

This morning on Twitter, the hashtag #oomf has been trending off and on, but it may still be unfamiliar to most. It’s an acronym, not the sound of a comic book superhero being punched in the stomach, and it stands for “one of my friends/followers.”

You can think of these posts as falling somewhere between a subtweet (a “subliminal” tweet that references someone specific, but not by name or handle) and a middle school mash note. Many simply seek to note the attractiveness of a follower without revealing which one—perhaps allowing all the account’s followers access to the flattery. 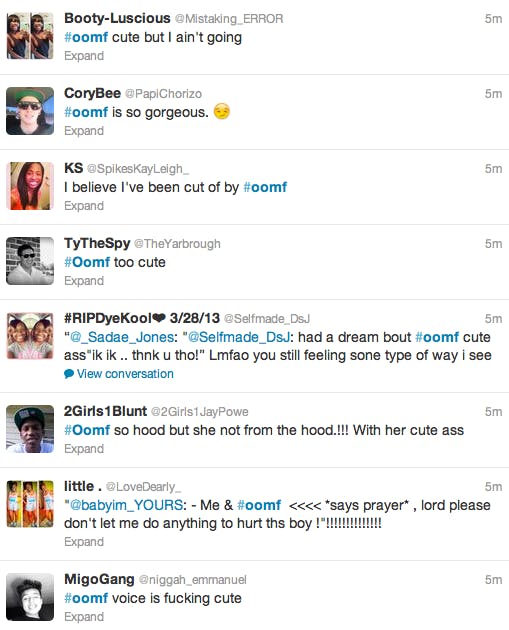 But there’s more to #oomf than just shy, safe, and near-subliminal flirtation. There’s also plenty of envy, anger, confusion, and disappointment. Users deploy #oomf to call out bad behavior and estrangements without anything like a true confrontation.

Things got very awkward between me and #oomf, I didn’t plan on it to be like that, ever but, hey.. I didn’t do anything wrong.

#oomf and I never chill Anymore

Me and #oomf‘s babies would of been so fucking cute

An account called @OhDearOOMF, maintained by @jayarealvarado, seems to post purely generic #oomf tweets for followers to retweet and agree with, or just openly plagiarize. There’s also @UmmDearOOMF and @ItsDearOOMF, but @OhDearOOMF has a far bigger fanbase. 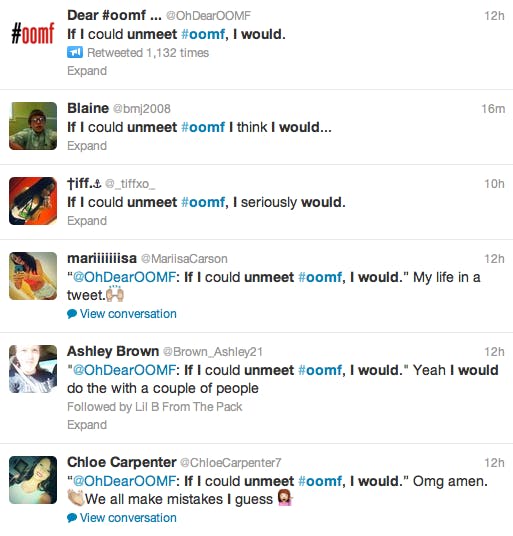 It’s hard to imagine that @OhDearOOMF’s more than 5,000 tweets each relate to a specific follower—at the risk of giving them too much credit, it seeks to tap some universal truth about the detached and passive-aggressive way we go about communicating our emotions online.

Indeed, the #oomf hashtag ends up providing a fascinating tension between the melancholy drift of digital isolation …

I do want #oomf but our communication sucks :/

… and overwrought, if heartfelt, gestures of passion …

If #oomf ever texted me this…😍😭?👌😘 pic.twitter.com/LR1U9BRgdP

#oomf don’t got a booty

Turns out there are any number of things Twitter users would rather say to everyone instead of that certain someone. Who knew direct messaging would prove too much of a hassle?