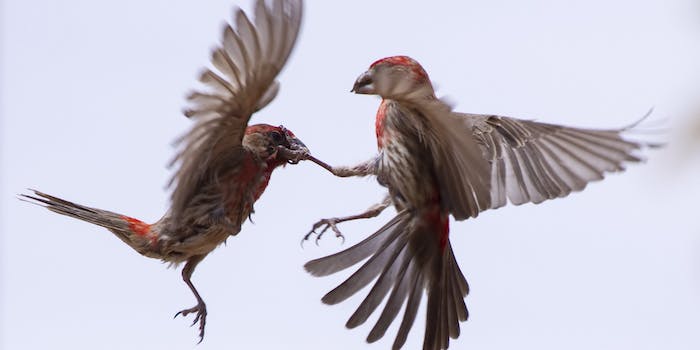 Here are seven reasons Twitter will fail when it comes to enforcing this laudable addition to site policies:

1) Victims have to know about it to report it

If a user takes down offending images or skips to another account, the victim may have little recourse—and no idea where those images actually ended up. At Gizmodo, Brian Barrett comments that “these security measures as currently implemented are entirely reactive; it puts the onus on the victim to make it right.”

One of the most valuable abuse reporting tools is one that allows any user to report abuse, spam, and violations of terms of service. In the case of Twitter, however, the victim or a representative is the only one who can speak out about revenge porn; a friend can’t report an image spotted in her feed, for example, and people can’t form communities to look out for each other. The system of establishing networks to support people under attack from doxers and harassers is a common tactic in feminist and activist communities, where going it alone can feel frightening and impossible.

Sometimes it’s possible to identify revenge porn without linking it easily to a specific victim. The ability to quickly report such images for review enables all users to take an active role in getting them taken down quickly. Without that, users have to painstakingly track down victims and alert them—and no one wants to open their email or go onto Twitter to find a note from a kindly stranger or friend alerting them to the fact that someone is posting offensive images of them. Without this measure, pictures can be up and circulating for hours, making them even harder to take down.

Twitter wants to avoid bogus takedowns, but it’s putting a very high burden of proof on users to address that issue. They need to be able to “verify” their identity, but Twitter defines this in nebulous terms, making the process unclear for users who want to get images taken down quickly. The longer the wait while Twitter staffers look over proof of identity, the longer people have to see images of themselves popping up all over the Internet.

Joseph Bernstein at BuzzFeed discussed his own experiences with “identification” on Twitter. In his case, he was trying to take down a racist account that was impersonating him. “More than 12 hours after people began to report the account as a malicious fake to Twitter,” he wrote, “and more than three hours after I uploaded a government-issued document to Twitter to verify my identity (I’m already verified in that other, less exciting way), there is still an anonymous dweeb using my identity to post racist bile.”

4) Multiple accounts are a snap to create on Twitter

One of the great advantages of Twitter is the ease of account creation; however, this is also one of the great disadvantages of the service. While there are numerous legitimate reasons to have multiple Twitter accounts (personal, professional, organizational, etc.), trolls take advantage of the fact that they can quickly and easily create throwaway accounts. If one is shut down, 15 can appear to replace it in the blink of an eye, distributing the same image over and over again.

This isn’t an easy issue to address. One reason Twitter can be such a powerful and useful organizing tool is that it provides the security of anonymity and protection from hostile governments and harassers. The company might be loathe to give this up, and many users (including, possibly, some of those who experience harassment but support Internet freedom) might defend this vital function as well, but it’s extremely difficult to tackle harassment without effectively requiring users to give up their identities when they register.

5) The boundary of “consent” is too murky

In addition to demanding that users prove their identity, Twitter is also demanding that they demonstrate such images are truly being circulated without consent. Users are faced with the vexing reality that there’s no clear way to provide documentation of consent—short of requiring photo releases for every image on Twitter—or non-consent. It can be difficult to prove.

The site claims that if images have been made publicly available with obvious indicators of consent elsewhere, they don’t count as revenge porn. But what happens if, for example, a feminist blogger poses nude for an art project, giving consent for distribution of the image in that context, and then finds that image being circulated on Twitter with cruel comments about her body? Or discovers that the image is being tweeted at professional contacts or family members? Twitter might handle this through its separate copyright violation policies—though if it’s in the Creative Commons or offered for public use, there are no legal grounds for the site to act upon—but there are too many gray areas when it comes to “consent” and nude images on the Internet.

6) Moderators will face an overwhelming workload

This poses a huge enforcement issue, as the site may not be able to keep up. In 2014, Women, Action, and the Media (WAM) even had a brief gig at the Twitter moderating helm. Two women from the feminist organization reviewed complaints and forwarded them to official moderators, tracking the results. The fact that the site was outsourcing its responsibilities to volunteers was a stark and depressing sign of its commitment to moderation.

Photos have fingerprints and so do harassers; in the case of images, it’s easy to track an image if it keeps popping up. Twitter could implement an algorithm to automatically remove a picture once moderators have identified it as revenge porn, but the company hasn’t made a statement on whether it will use such technology. Twitter could also be using IP addresses to identify chronic violators and ban them—barring them from new account creation and even blacklisting access altogether. It would be a crude fix, as such users could hop to another location or spoof their IPs, but it would be a start.

Twitter’s desire to fix spam, harassment, and other problems seems genuine, but it’s not going to succeed with this approach, and it needs to demonstrate that it has more in the bag to convince users to stay.