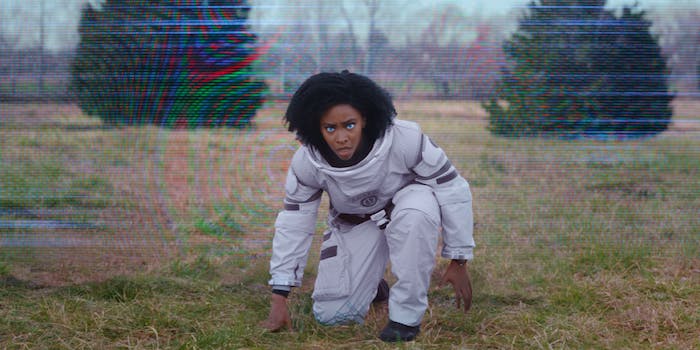 Some people really started to notice it during the 'WandaVision' finale.

People mute certain terms and hashtags on Twitter for a variety of reasons, but in recent days, the mute function hasn’t been working like it’s supposed to.

Many people use the mute function as a way to avoid what everyone might be watching—a tool that’s incredibly helpful if avoiding Twitter to avoid that discussion isn’t possible. For example, if you can’t watch a weekly show like WandaVision or The Mandalorian right away, you’d employ it with a selection of words and hashtags so that you can use Twitter without the fear of potentially being spoiled. Or if you’re not interested in a big newsmaker like Oprah Winfrey’s interview with Prince Harry and Meghan Markle or an awards show, the mute function works as a way to unclog a feed taken over by an event you’re not interested in watching.

At least, that’s how the mute function works in theory. But on both Twitter’s mobile app and on the desktop site, no matter how many words or hashtags you muted, they appeared to all appear on Twitter so that attempts to mute words and hashtags were futile.

The errors been plaguing some Twitter users as far back as Feb. 26, but many people didn’t appear to notice what was happening until last Friday, which is when WandaVision’s finale—a highly anticipated TV event—premiered on Disney+. Anecdotally, my attempts to mute potential spoiler words and hashtags for WandaVision worked on Tweetdeck but not Twitter itself.

“I’m getting pretty tired of twitter still throwing posts with words I have muted on my timeline ngl,” @JademoonDee tweeted.

According to Twitter, the error that is making people see muted terms in their feeds is a “system issue,” and the company is trying to fix it.

“Our teams are looking into a system issue that is causing the muted words settings to default to ‘from people you don’t follow’ rather than ‘from anyone,’” a Twitter spokesperson told BuzzFeed News.

It’s unclear how expansive the bug goes or how many people have been affected by it, but if your muted words aren’t being hidden from your Twitter feed, go to the muted words setting on your account to double-check that the “From Anyone” option is selected on those muted words and hashtags.

Of course, muted words and hashtags are only as good as you make them. It’s always possible that, despite best efforts, something might get through anyway, especially once it transcends into out-of-context meme status.