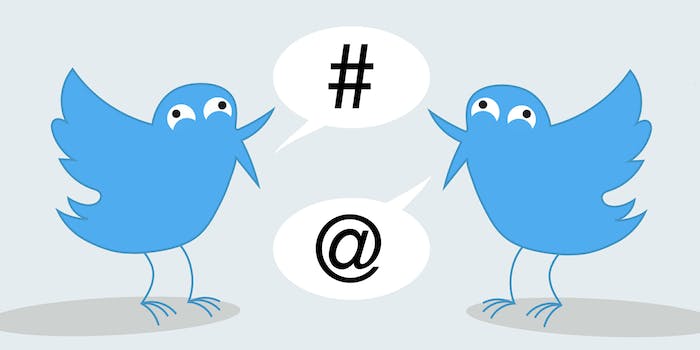 It's been a long week on Twitter.com

On Thursday night, Twitter rolled out a new feature: longer usernames. The move came shortly after the company decided to let everyone tweet in 280 characters. Twitter’s plan seems to be ‘let’s just make everything bigger so everyone will forget how terrible this website is sometimes.’

Starting today, your Twitter display name can be up to 50 characters in length! Go ahead, add that middle name or even a few more emojis. https://t.co/QBxx9Hnn1j

Literally, no one asked for this feature.

following the warm reception of Long Tweets and Long Names it is my great pleasure to announce Long Avatars pic.twitter.com/o57vf9rsV4

Twitter users are now creating obnoxiously long usernames in an effort to troll the company (Note: some of these may change since Twitter users are constantly trolling everyone and everything).

You can use the feature to promote your website.

hi look how stupid the new long twitter names are

Or to fully describe bears.

Or to tell Twitter that it has become MSN Messenger.

And with this ⬆️ update, we can change usernames to drama each other like this is 2002 and we're on MSN Messenger.

US: oh god Twitter is getting exhausting and overwhelming
TWITTER: how about 240 characters
US: no i said this place is burning m…
TWITTER: what about SUPER long names??????

The sky is the limit! Well, actually it’s 50 characters. But it’s still too much space for a name.