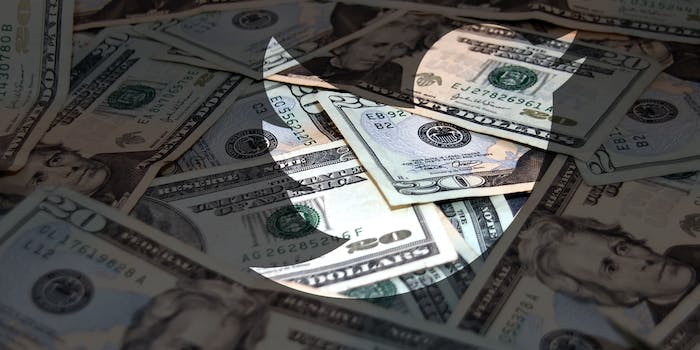 Money is changing the Web, and we are all for sale

Money, like power, changes whatever it touches, and that includes your favorite spots and services on the 'net.

Depending on how long you’ve been obsessed with the Internet, you may not be familiar with the expression. So for the n00bs out there, let me explain: Back in the day, most people would discover the Internet when they went to college. So every September, the Internet would suddenly be flooded with, well, n00bs: People who didn’t know the customs, what an emoticon was, that typing in all caps was yelling, etc. In other words, the Internet sucked for about a month at the beginning of every school year until the n00bs learned the ropes.

Then the Internet (as you might have heard) kinda caught on. People started joining up in droves and doing so year-round. In short: your mom joined Facebook. As a result, it was like September all the time. It was “Eternal September.”

Well most people (in the U.S. anyway) are on the Internet now, and have been for a few years. A lot of the effects of mass digital migrations have been worked out. Now, what’s changing the Internet (for better or worse) is digital dollars.

The Internet actually is a series of tubes, more or less, and those tubes are increasingly filled with cash dollars.

For several years now, BuzzFeed has been repurposing Reddit threads for fun and profit, and generally speaking, redditors don’t mind too much. Now, Thought Catalog has taken that strategy a step further, republishing, pretty much verbatim, their favorite Reddit threads as an ebook. In the process, Thought Catalog arguably violated the copyright of hundreds of people, but no one that we can find seems to mind too much about that either.

And where there’s a market, there’s usually also a black market. Just weeks ago, the Deep Web’s biggest drug store (and we don’t mean Advil) was busted and shut down by the Feds. The site was owned and operated by someone who called himself Dread Pirate Roberts, and just as in the book that name references, no sooner has the old Dread Pirate Roberts disappeared (in this case to Federal custody) than a new one takes his place. A new Silk Road is back online.

While we’re on the subject of the unique character of the Web, only on the Internet do drug lords make a lot of Princess Bride references.

Bitcoin, the Web’s favorite cryptocurrency and the preferred tender on sites like Silk Road, is now a $1.5 billion market. Researchers at Cornell, however, have figured out that Bitcoin can be manipulated. (If you’re a James Bond supervillain, please close your ears for this part.)

Bitcoins are mined. Just like you have to dig gold out of the ground, bitcoins are produced by the digital equivalent of digging. Like a game of Sim-panhandler, dig for a certain amount of time and you get a certain amount of bitcoins. And just like you hit a vein of gold, bitcoins also come out in chunks—chunks that, if discovered by multiple people, are fairly distributed among the discoverers based on the time the spent digging.

Unless, of course, you know one little trick, which fools the computer into giving you way more than your fair share. Given the size of the market, and the kinds of errors that the trick creates, one person could conceivably own more than half the bitcoins in world, cornering the market—just like those nasty Duke brothers in Trading Places did with frozen orange juice concentrate.

And if you want to talk about supervillains… How about the National Security Agency? The NSA’s supposed to be about national security, right? It’s, like, right there in their name and everything. Then why are they spying on a Brazilian oil company? Hard to believe that the partly government-owned company, one of the largest in world, is a front for terrorist networks.

Apparently, the NSA stole technology the company had to detect whether there is oil in offshore fields with far greater accuracy than competitors—a technology obviously worth billions of dollars. They did not, by the way, send in a superspy to infiltrate Petrobras. The NSA simply cracked their servers. In a sense, however, this is the new normal. The U.S. itself has been the target of state-sponsored economic espionage for years, and the Internet just makes it easier and more prevalent.

These are extreme examples, of course. Our favorite microblogging service just sold itself to the public today, and the public was pretty excited. But that exuberance comes with a price, one we will all pay, one ad impression at a time. In the end, there are worse things.

Money, like power, changes whatever it touches. As money floods the Internet, it’s changing the Internet fast. Communities until recently unsullied by lucre are going to be different as they suddenly become marketplaces as well.

That has its negative side, as the examples of Silk Road (maybe) and Bitcoin (certainly) attest. But it has its positive side too. Compare your experience of Twitter now or the quality of tweets you read now, to their counterparts six years ago. Progress can be good.

The fact is, life in the tubes moves pretty fast, so enjoy it for what it is now, because whatever it is tomorrow, it’s not going to be the same.