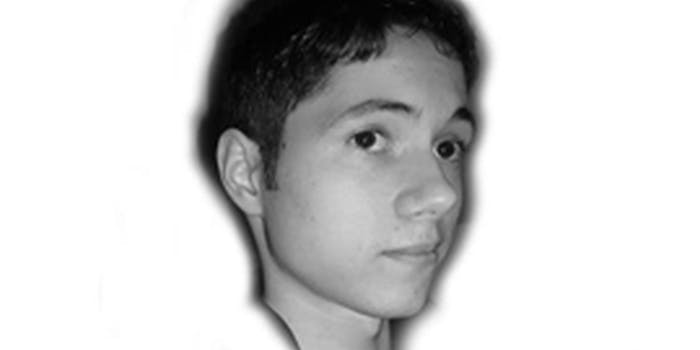 Ohayocon, one of the midwest’s largest anime conventions, kicked off Friday, and like clockwork there was a sexual harassment scandal—this time before the convention even happened.

On Wednesday, two days before the con began, Tumblr user ifyouwereamermaid made a post alerting her Tumblr followers to what she felt was a legitimate threat from an upcoming Ohayocon attendee. “I’m not sure how serious this is,” she wrote, “but people should know about this anyways.”

The post quickly flew around Tumblr, garnering over 13,000 enraged reblogs and causing several people to alert both Ohayocon security and local police departments. Ohayocon reportedly notified Columbus police, but did not make an official statement.

Last night, Tapalansky responded in a lengthy post to the Ohayocon forums entitled “Thomas Tapalansky, Wrongdoings and Misunderstandings.” In it, he stated that he had been “targeted” by ifyouwereamermaid, and that his comment about raping three underage girls at the convention was a joke taken out of context:

“ifyouwereamermaid” intentionally TLDR;’d the conversation and snagged a piece she found offensive. Not only did she misinterpret the situation, she took it upon herself to turn 13,000 people against me all while giving them my name, AND the likeness of both I as well as my TWIN BROTHER…. Not only did you believe her, you went so far as to make DEATH THREATS, and various other VERBAL THREATS against ME.

Do you all understand the implications of such an action? She intentionally fed you all biased information, gave you a picture of MY BROTHER an innocent bystander (the one on the right which you all made fun of btw;), and then did nothing to prevent harassment.”

Though he stated that he understood “the need for an alert system within a community,” nowhere in Tapalansky’s post was an apology for the original statement that created the alarm.

Among the “social justice” blogs of Tumblr, the same stringent “zero tolerance” mentality applies—and with good reason. Numbers vary wildly, but somewhere between 5 and 50 percent of rapes go unreported—and at fan conventions, those numbers, combined with the large-scale interactions of strangers in unfamiliar spaces, create tension and fear.

Reports of sexual harassment alone have skyrocketed as fans grow more comfortable speaking about their experiences, with a Black Cat cosplayer sexually harassed at Comic Con, a Brony alleging she was choked while attending Everfree Northwest, and pages of testimonials on Cosplay.com about personal experiences being harassed during convention cosplay—all in the past year alone.

A recent YouTube video even advises viewers on “how to avoid being a convention creeper.”

Tapalansky insisted, “I’m not a rapist, I’m just a guy.” However, during a recent confessional thread of rapists on Reddit, the vast majority of people with stories to tell came across as average guys who cited peer pressure, what they perceived to be mixed messages, broken homes, confusion, and other factors in their decision to commit rape.

Ifyouwereamermaid later clarified that she “did not see [Tapalansky’s statement] as a joke even in context.”

But on Tumblr, once news of Tapalansky’s rebuttal spread, Tumblrites were quick to dub ifyouwereamermaid the real creeper, accusing her of cyberbullying him, committing libel, and posting just to gain followers.

Still, not everyone was as quick to forgive. In an extended comment, Tumblr user Nerysdax wrote:

[A]ll I see from him are upset reactions about how he’s being treated now, but not once does he consider what his “joking” words mean to rape victims, nor does he consider how rape jokes perpetuate rape culture. Now he feels threatened going to the con. Welcome, Mr Tapalansky, to feeling just a tad of the experience of being a woman on a daily basis.

After briefly wiping or deleting his Facebook account, Tapalansky apparently returned with a tongue-in-cheek profile picture mocking the whole thing, which one Tumblr user boiled down to, “one, this guy is a douchebag…  two, ohayocon handled this like champs…three, the tumblr collective again exhibits the intelligence of a rabid squirrel.”

All in all, just another day for Tumblr, then—and, increasingly, for con attendees.