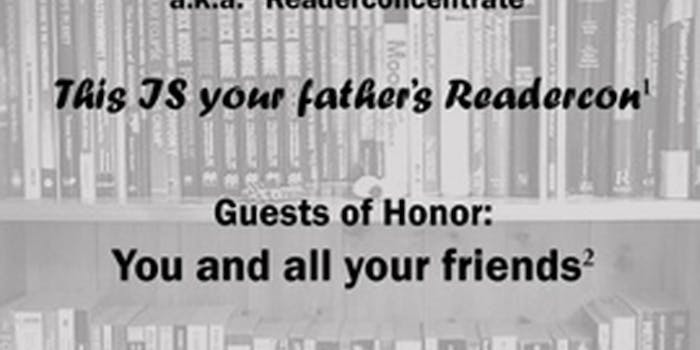 Readercon board resigns over harassment scandal

The entire board of the popular convention resigned and apologized after mishandling a con-goer's reports of harassment.

Two weeks after the sci-fi/fantasy blogosphere exploded over Readercon’s mishandling of sexual harassment claims, the popular convention announced during the weekend that all of its board members have resigned.

The news came as part of an extensive public apology to specific individuals who faced harassment, as well as to the community at large. Reparations included banning offender René Walling from the con for life, a reversal of the board’s initial decision to ban him for only two years despite Readercon’s stated ‘zero-tolerance’ harassment policy.

Many fans and con-goers met the announcement with relief and ‘cautious optimism.’ Con committee member Rose Fox, who drafted the apology, stated, “I am really pleased to have my name on it and to have been part of the unanimous vote to adopt it. The reaction from the community has been terrific, further proof that we have done the right thing by our people and our event.”

But other members of the community suggested that Readercon’s problem might be institutional rather than a single incident of harassment handled poorly. As debate took place about “what a Readercon done right” would look like, former Readercon committee members shared stories of past indifference and even overt hostility towards issues of inclusiveness and accessibility.

“On occasion several members of the board told me point-blank that they didn’t want the con to be more accessible,” recalled Hugo-nominated author N.K. Jemisin. The con has long been plagued by accusations of catering to the elderly white male contingent rather than new and diverse voices in fiction. Three years ago, its attempts to tout itself as “your father’s Readercon” resulted in dissatisfied voices.

“I don’t want my father’s Readercon,” stated writer Shira Lipkin at the time. “I want my daughter’s Readercon.”

“If Readercon is to be ‘fixed’ then ALL of the problematic issues should be addressed. There is less point in suffering through a piece-meal eruption and then leaving other equally troubling practices in place to fester,” commented one reader.

Or, as an Anonymous reader put it even more bluntly, “I feel like it’s now going to be all about back-patting and people telling themselves what a great job they’ve done instead of discussing the institutionalized problem of sexism. Well done, everyone.”

“Even if [the board] were to (a) change their decision and (b) resign en masse,” said writer Ian Mond before the ultimate decision and apology came down, “a number of fans will never trust Readercon again.”

Whatever the ultimate response from con-goers and fans, it’s clear that the con still has plenty of work to do before it can tout itself as your daughter’s Readercon.