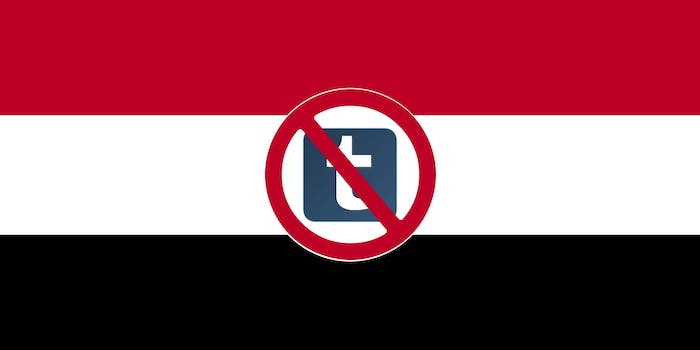 Why is Tumblr censored in Yemen?

In 2011, the service decided to slap on that NSFL tag on, according to a study by the OpenNet Initiative. It gave the entire Tumblr.com domain a dual classification of both “journalism and blogs,” but also the red flag of “pornography.” Citizens protested the sudden ban; plenty of Qataris were pissed. So Qatar, as well as UAE and Kuwait, stepped up.

All but Yemen soon “removed the blocking from their end,” the study’s author, Helmi Noman, told the Daily Dot Monday.

However, Tumblr “continues to be blocked in Yemen as of today,” he added.

Yemenis aren’t the only ones who find their censorship outsourced. At least nine Middle Eastern and North African countries use a western censorship program to censor online content from citizens, Noman’s study found.