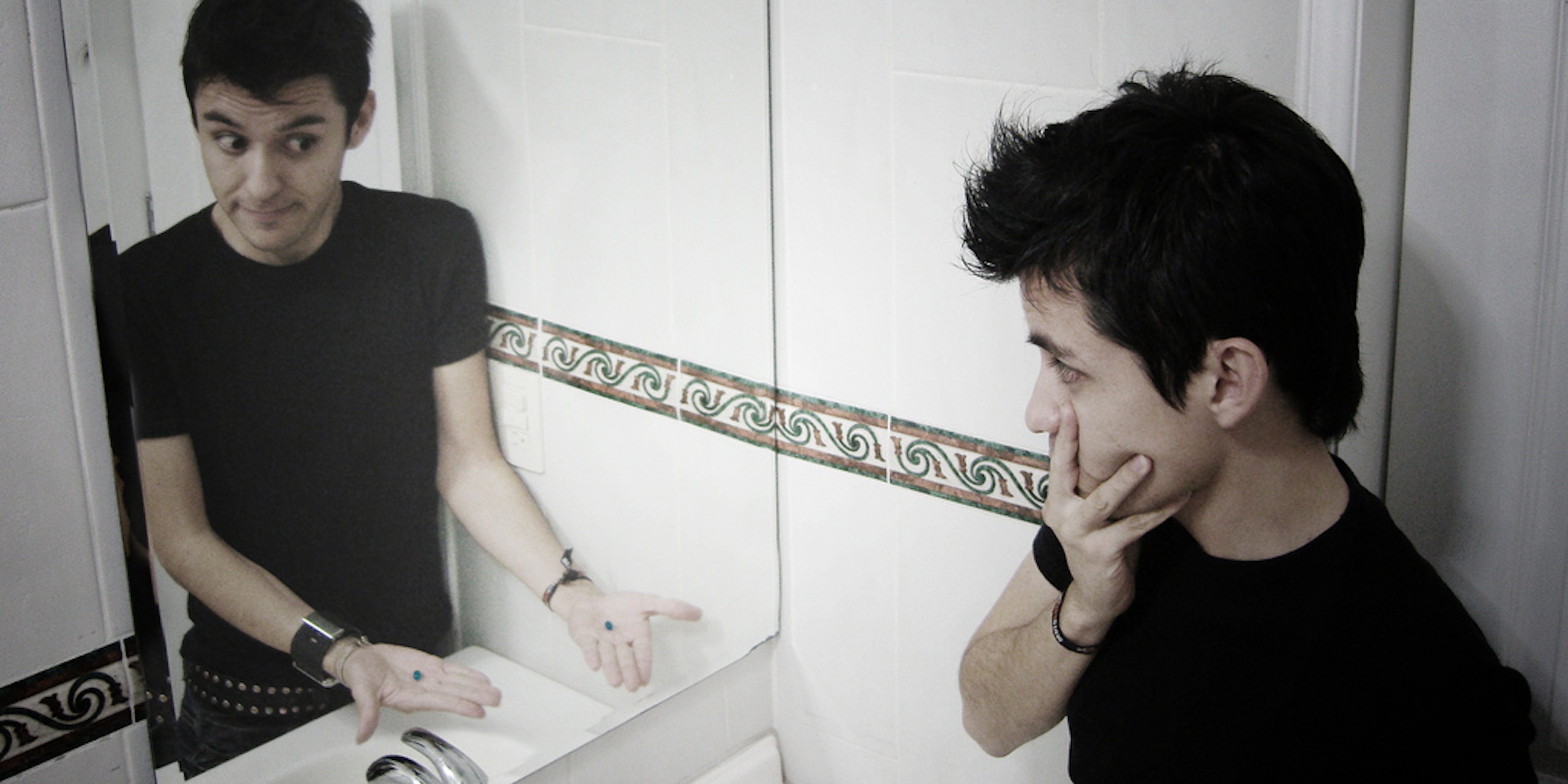 Don't blame the Internet for increasing rates of HIV in urban areas. Blame a lack of adequate sex education.

Is Craigslist giving you HIV? According to a newly published study through New York University’s Leonard N. Stern School of Business, HIV rates rose between 1999 and 2008 as the website rolled out to new cities.

“Craigslist’s entry into a market is related to a 16 percent increase in HIV cases,” Jason Chan, one of the study’s authors, told Yahoo Health. “This maps out to an average of 6,200 cases of HIV infection in the U.S. each year, which amounts to $62 million in annual treatment costs.” Chan and co-author Anindya Ghose focused on 33 cities, finding a clear correlation between the introduction of Craigslist and an uptick in HIV.

It’s ridiculous to blame the advent of M4M hookup sites and gay dating apps like Grindr for the recent outbreak of infections.

Of course, correlation doesn’t imply causation, but even if the research is true, it’s ridiculous to blame the advent of M4M hookup sites and gay dating apps like Grindr and Scruff for the recent outbreak of infections. While these technologies make it easier for men to connect and find sexual partners, they’re only a small part of the bigger picture. According to the Centers for Disease Control (CDC), HIV rates have risen for men who have sex with men under the age of 30, even though the rates for older gay and bisexual men have held steady. In a Chicago CDC study, diagnoses skyrocketed by 75 percent between the years of 2000 and 2011, with black and Latino males disproportionately affected.

Thus, while it might seem easy to point fingers at the Internet, the New Yorker’s Michael Specter argues that “racism, homophobia, and poverty continue to drive much of the epidemic,” in addition to a lack of education around sexual health and the realities of HIV today. While AIDS may no longer be the death sentence that it was in the 1980s, when Specter describes the Castro as “lined with thirty-year-old men who walked, when they could, with canes or by leaning on the arms of their slightly healthier lovers and friends,” the war is far from over.

While the advent of preventative medications like Truvada and PrEP have been proven to be up to 99 percent effective at reducing the risk of contracting HIV, these medications have also been met with wide-spreading pushback and slut-shaming. Fighting AIDS means also fighting this stigma.

What are Truvada and PrEP? The Stranger’s Evan J. Peterson explains:

My daily Truvada regimen is called PrEP, or Pre-Exposure Prophylaxis. That means I take it now, while I’m HIV-negative, and it prevents infection if I’m exposed to the virus. A single Truvada pill is actually a combination of two drugs, tenofovir and emtricitabine, which block reverse transcriptase, an enzyme that allows the virus to multiply. They essentially stop the virus from reproducing in the body. Truvada is also commonly prescribed as part of PEP, or Post-Exposure Prophylaxis, for people in the immediate aftermath of HIV exposure who want to prevent the virus from taking hold in their body. And it’s effective at treating people who are HIV-positive, in combination with other drugs. My neighbor has been on Truvada to treat his HIV for years. He’s healthy and strong and grateful to be alive. This is not a new drug with unknown side effects.

Truvada has been the target of a persistent slut-shaming campaign designed to shame those who take the little blue pill.

But despite the obvious positive benefits of HIV prevention, Truvada has been the target of a persistent slut-shaming campaign designed to shame those who take the little blue pill. Writer David Duran allegedly coined the term “Truvada Whore” in a 2012 article for the Huffington Post, in which he claimed that taking Truvada was simply an excuse to throw caution to the wind in bed. “In my experience, it seems that a good number of those running to get the prescription are gay men who prefer to engage in unsafe practices,” Duran wrote. “Instead of educating and promoting safe sex practices, the FDA is encouraging the continuation of unsafe sex and most likely contributing to the spread of other sexually transmitted infections. AIDS Healthcare Foundation president Michael Weinstein further fanned the flames by calling Truvada a “party drug.”

While Duran later recanted his essay, this mindset has continued to persist in conversations around the drug, even though it’s factually inaccurate. Gawker’s Rich Juzwiak reports that a recent study found “no sign of increased behavioral risks amongst PrEP users,” meaning that if you were the type of person likely to engage in unsafe sexual practices before you started taking PrEP, you’re still likely to afterwards, and vice versa.

This was also true of a recent HPV vaccine, which critics warned would lead to a rise of unprotected teen sex. Cincinnati pediatrician Jessica Kahn studied the habits of 339 teenagers before and after vaccination and found that little had changed. Kahn told USA Today, “The vast majority thought it was still important to practice safer sex after vaccination, and most did not believe that HPV vaccination protected against other STIs.”

This idea of “risk compensation,” which suggests that Truvada users will alter their behavior based on the decreased risk of their actions, has been thoroughly debunked, but such fears have been around longer than PrEP. Similar complaints were lodged against male circumcision and female birth control; in fact, the latter reared its ugly head in a 2014 article on the Catholicistas blog in which the site polled its female writers as to their reasons for shunning the pill. Answers included: “Because fertility is NOT a disease,” “Because I respect my body and want to work with it, not against it,” “Because I love babies,” and “Because I am not sick or broken.” This seems to imply not only that women who do use birth control hate kids, but that they’re doing so because they believe themselves to be ill.

As Raw Story’s Amanda Marcotte puts it, most of these posts could be boiled down to “Because I’m better than you stupid sluts.” However, it also shows the widespread misinformation on contraceptives and sexual health, which isn’t surprising at a time when 48 percent of Americans either believe that vaccines cause autism or aren’t sure. Americans’ lack of education around issues of sexual and personal health is impacting a new generation of young people, like the 20-somethings contracting HIV or the teenagers choosing to forgo rubbers. In November of 2013, a CDC survey found that condom rates among teenagers have been steadily decreasing since the ‘90s, a statistic that likely has absolutely nothing to do with Craigslist and everything to do with Americans’ toxic relationship to sex.

What makes gay men further at risk to contracting HIV isn’t just sexual health practices and lack of information, but the widespread silence around the issue. According to Quartz’s Jason Roush, this “lack of communication [is] rooted in shame.” “One HIV-positive man whom I dated briefly a few years ago was stunned when, after he revealed his seropositive status to me, I said that it didn’t change the way I viewed him at all,” Roush writes. “Sadly, he replied that it’s something he’d never been told by any other gay man he’d met. There’s a fear of illness, mortality, and social ostracism attached to HIV that no other medical diagnosis has ever brought about in exactly the same way.”

It’s bigotry that spreads disease, and there’s no more potent plague than self-hate.

Many men might not only be dealing with the community’s complicated history when it comes to disease, but also their own internalized homophobia, an unwillingness to deal with their sexuality in healthy ways. While men might seek out avenues like Craigslist for risky sex, as the authors note, they may also be doing so because they feel they have no other outlets for their secret desires or the selves they feel like they can’t express in public. While darkened movie theaters and back alleys used to be a place for men to hide away, the closet has moved onto the Internet. It’s not Craigslist personals ads that are keeping HIV alive. It’s bigotry that spreads disease, and there’s no more potent plague than self-hate.

According to Michael Specter, he used to have a photograph on his desk of two men pictured in the Castro in 1983: “The first, tall and gaunt, was leaning over the other, who was in a wheelchair, tucking a blanket around what little was left of the wasted man.” Specter writes that a friend gave him the photo as a reminder of what was at stake in the AIDS crisis. “Don’t forget these people when you write this story,” his friend urged. “This is not about policies. It’s about being human.”

Three decades after that photo was taken, we seem to be still fighting that same war, not just for survival but for our own humanity.