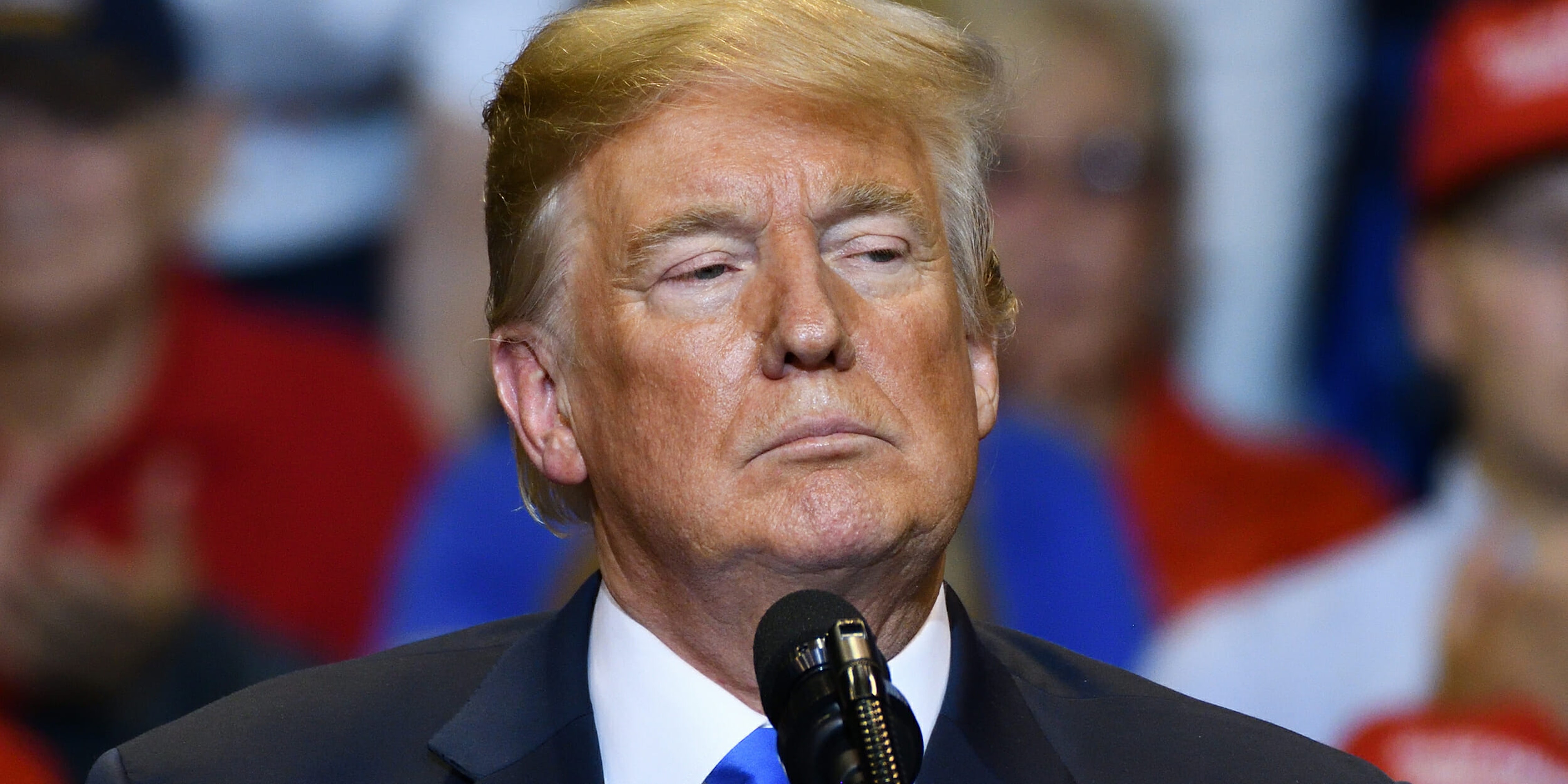 Picture of Trump glowering at a small child becomes a meme

Would you want this person glowering at you?

President Donald Trump’s visit to a children’s hospital in Ohio last week was supposed to be a nice, feel-good event. Color a little bit, hang out with some cute kids, score some photos, and call it a day.

But it’s never that simple, is it? After the Aug. 24 visit, a photo made the rounds of Trump staring down a little girl sitting across from him, innocently coloring her picture of the American flag.

It’s an unsettling photo; Trump’s eyes bulge, and he leans forward in a vaguely threatening manner. Given the visuals and Trump’s recent legal entanglements, Twitter user @mileskahn captioned the photo with a winking mob reference:

Naturally, people had their own fun with it. This one, from @realEDdoc, pokes fun at Education Secretary Betsy DeVos’ terrifying lack of knowledge about her department:

@NewsHou00784274 perfectly compared it to this moment from Finding Nemo:

And someone made a reference to Trump’s harsh policy of family separation.

Comparisons to Obama cropped up as well.

It’s not the only mishap from that particular photo op. Trump also caught heat for apparently coloring the American flag incorrectly, giving it a blue stripe. There’s something to be said for creative license, but Trump’s been known to get awfully close to the flag on occasion. He even suggested outlawing flag burning shortly after the 2016 election. You’d think he knows better.

Trump and his wife, Melania, were visiting the hospital to “understand how states and communities are responding to the challenge of opioid addiction,” according to Department of Health and Human Services Secretary Alex Azar.

Ohio has one of the highest rates of mortality for opioid overdoses; according to the National Institute on Drug Abuse, there were 3,613 opioid-related deaths in Ohio in 2016.