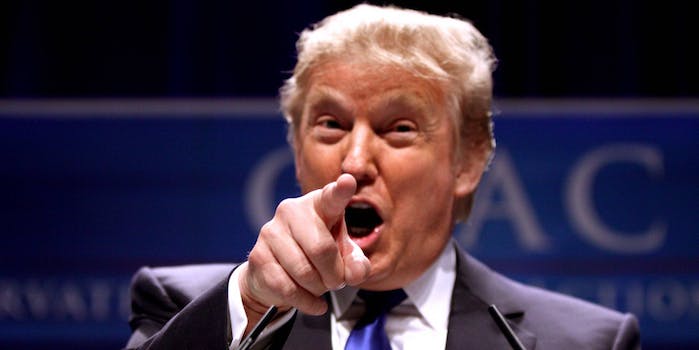 You know it's bad when Charlie Sheen is throwing shade.

When news of Donald Trump’s campaign deficit broke on Tuesday, his supporters were baffled—and his adversaries were amused.

And while Trump might be running low on funds as he struggles to mount a general election campaign, there’s no shortage of sick burns coming his way on Twitter. The hashtag #TrumpSoPoor began trending as users mercilessly roasted the notoriously opulent presidential candidate.

If we’re talking facts, how poor is Trump, exactly?

Hard to say. But recent stories have emerged indicating Trump made a habit of giving “extravagant” gifts that turned out to be worthless long before he kicked off his presidential campaign.

The New York Times reported that Trump had a close relationship with the ruthless lawyer Roy Cohn, who was eventually disbarred for “flagrant ethical violations.” Trump relied on Cohn for legal expertise and assistance, turning to him when he made his prenuptial agreement with former wife Ivana. He also made gifts to Cohn as displays of gratitude and, it appears, to evade paying any formal legal fees. According to the Times, “After one Cohn coup, Mr. Trump rewarded him with a pair of diamond-encrusted cufflinks and buttons in a Bulgari box.”

After Cohn passed away from AIDS in 1986, his partner Peter Fraser inherited his estate, only to have it seized by the IRS. In an ironic twist, “He did get to keep the cufflinks Mr. Trump had given Mr. Cohn. Years later, Mr. Fraser had them appraised; they were knockoffs, he said.”

Charlie Sheen shared a nearly identical story on The Graham Norton Show. About five years ago, while at a dinner with the actor, Trump congratulated Sheen on his wedding and offered him a gift, quite literally off-the-cuff, when he handed him his diamond Harry Winston cufflinks. When Sheen had the cufflinks appraised, he says he was told they were “cheap pewter and bad zirconias.”

Trump’s gifts may have left his “pals” a bit burnt, but it seems they’re having the last laugh.