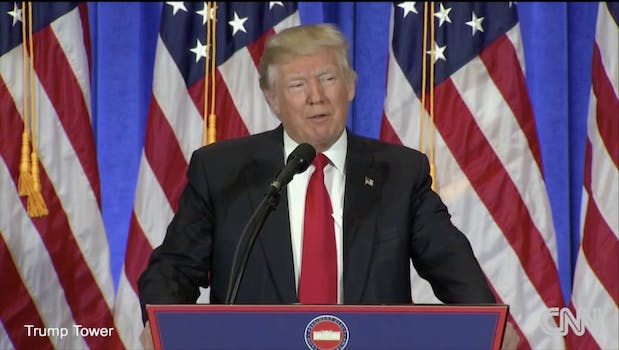 This is just a coincidence!

After answering a few questions from reporters, Trump paused for an interlude while Sheri Dillon, a lawyer at Morgan, Lewis & Bockius, LLP, explained how Trump would divest himself from the Trump Organization while president.

Essentially, she said, Trump would retain ownership of the company while his sons took over day-to-day control, promising not to talk to him about it.

Dillon said the only way Trump would find out about anything involving his business would be from “reading the news.”

The remainder of the presser focused on the BuzzFeed report about ties between Trump and Russia, which the president-elect denied. 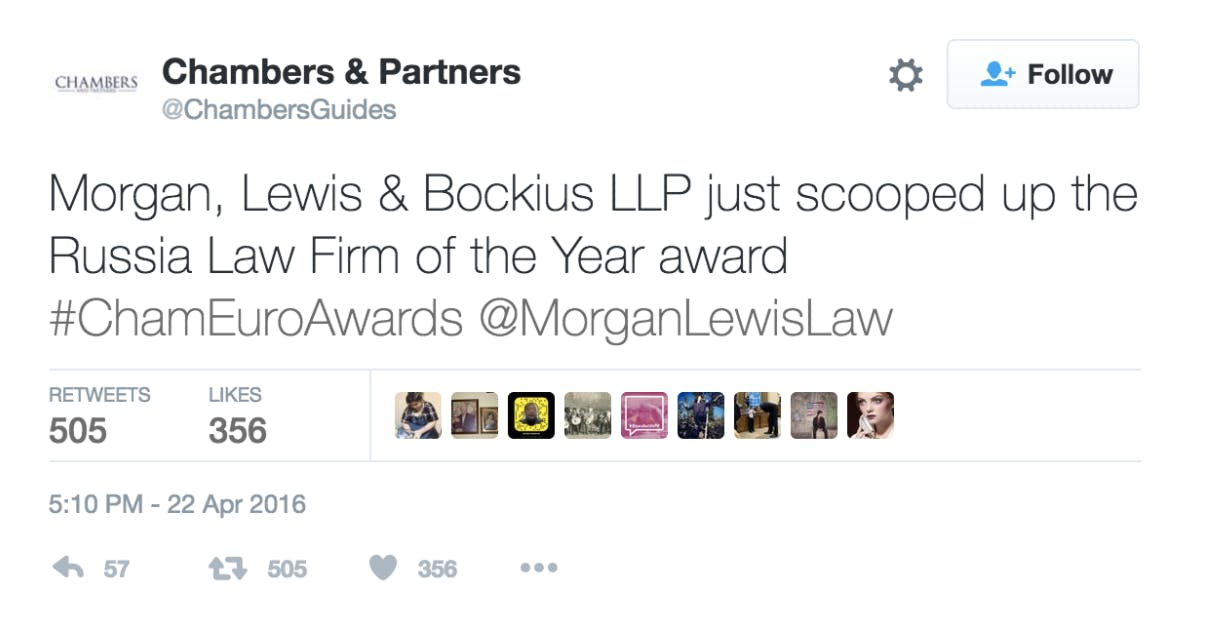 Here is why they won, according to Chambers & Partners.

“This active Moscow office of an American firm offers top-level advice in regards to the energy sector and also houses very strong banking and M&A teams. Its in-depth sectoral expertise also includes TMT and private equity. Among recent highlights, the firm advised CTC Media on the sale of its Russian operating business to Russian investors.”

Many law firms are sprawl entities with presences in multiple countries, so this is only a coincidence.