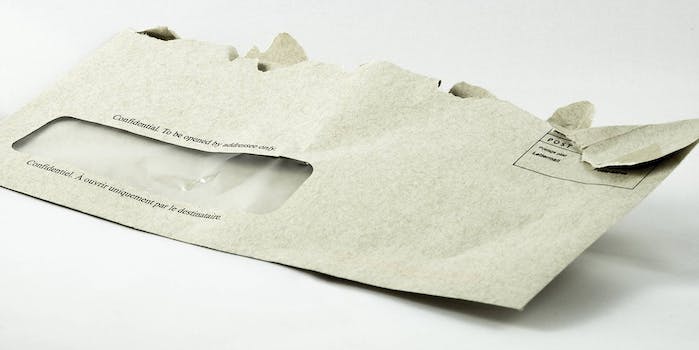 These Trump supporters fell for a ballot-destroying hoax

In the context of Donald Trump‘s ongoing campaign to convince America the presidential election is rigged, someone on Weird Twitter made a joke:

i love working at the post office in Columbus, Ohio and ripping up absentee ballots that vote for trump

Ha ha! It’s funny because no one who actually intended to tamper with ballots would tweet about it. No one could possibly mistake Randy’s gag, making light of Trump supporters’ paranoia, for a serious admission. Or could they?!

Once Randy’s joke was reported as news on Drudge’s front page, all manner of “deplorables” popped up in Randy’s mentions to act all red and nude online.

“@randygdub: i love working at the post office in Columbus, Ohio and ripping up absentee ballots that vote for trump” – attn @USPS

… and one of them was actor and Twitter yeller Scott Baio.

I hope you get fired! Cheating is the only way she'll win. @realDonaldTrump Hey @JohnKasich is this okay with you? https://t.co/9mgk11KZHk

The gag even made it to Rush Limbaugh, who discussed it on the air and somehow managed to link the fake post office worker to Benghazi conspiracy theories.

Are all of these people stupid? Maybe!

Anyone who saw the post office thing and didn't immediately think, oh a joke, is too stupid to run their own life

But pretending to take jokes seriously, removing their context, and trying to use them against opponents is a fairly typical tactic of the alt-right, so also maybe not?

Either way, someone named Randy G Dub is not a post office employee trying to steal the election from Donald Trump. The United States Postal Service has confirmed it:

“The Postal Service has completed an initial investigation of the mentioned tweets and does not be… https://t.co/NMQYp7CqQF

Randy does not work for us.

Although this forced a retraction from Drudge, Randy’s mentions are still a very funny shitstorm, the well-deserved treasure of a successful troll.