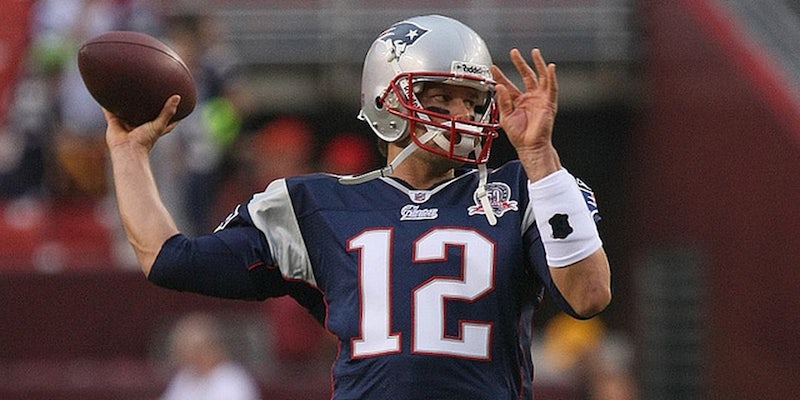 “We reached these decisions after extensive discussion with Troy Vincent and many others,” league commissioner Roger Goodell said. “We relied on the critical importance of protecting the integrity of the game and the thoroughness and independence of the Wells report.”

NFL Executive Vice President of Football Operations Troy Vincent elaborated on the suspension via a letter sent to Brady and the team: “There are several factors that merit strong consideration in assessing discipline. The first is the club’s prior record. In 2007 the club and several individuals were sanctioned for videotaping signals of opposing defensive coaches in violation of the Constitution and Bylaws. Under the Integrity of the Game Policy, this prior violation of competitive rules was properly considered in determining the discipline in this case.”

Last week’s Wells report concluded that Brady almost surely conspired with members of the equipment staff to deflate footballs below the league’s legal limit during the 2015 AFC Championship—a competitive advantage that allows for easier gripping for running backs, receivers, and quarterbacks alike.

The Patriots will turn to second-year pro Jimmy Garoppolo as the starting quarterback on Thursday, Sept. 10, when the defending champions open the season against the Pittsburgh Steelers in front of what will be a booming national audience. That night, the Patriots will receive Super Bowl rings during a pregame ceremony sans their most valuable player.

For his part, Brady will be allowed to practice with the team and play in all four preseason games. His suspension will span the Steelers game, a road game at Buffalo, a home game against the traditionally hapless Jacksonville Jaguars, and another road game against the Dallas Cowboys.

That makes Oct. 18 a fun one, as Brady’s return will coincide with a trip to Indianapolis to play the very Colts that prompted the league’s investigation.

October 18th will be quite a day here in Indy

And actually, Brady’s suspension might prove a strong business opportunity.

Pats about to flip Jimmy Garoppolo in the offseason after he balls out the 1st four games.

Indeed on Twitter the echo chamber of takes has been instant—running the gamut between praise, partisan indignation, zingers, and calling out the league for hypocrisy.

The entire NFL is guilty of deflated balls.

League can now focus on their less important issues; domestic violence, brain trauma & a team named after a racial slur.

roger goodell explaining the disparity in punishment levels in the NFL pic.twitter.com/qnnQBir12K

They had no definitive proof against Tom Brady or #patriots. If Hillary doesn't have to produce Emails, why should Tom? Very unfair!

The league’s talent has thus far reacted about how you’d expect, with reactions rooted in team loyalties.

The suddenly important Garoppolo has yet to comment publicly, but he did once drop this philosophical bomb.

I wonder how old squints and wendy pefercorn are now #celebritycouple

And don’t worry too much about Brady—he should be OK.

Light a candle tonight for Tom Brady who will miss four games. With Gisele. In this house. pic.twitter.com/ssuxhszKH8