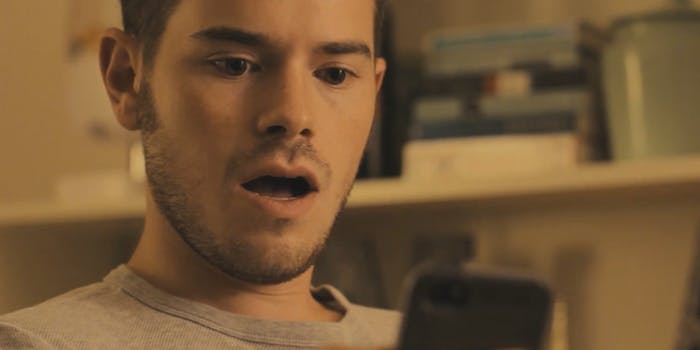 No modern technological platform is complete without its own movie.

No modern technological platform is complete without its own movie.

First came Facebook founder Mark Zuckerberg in The Social Network. The Fifth Estate will attempt to tell the story of WikiLeaks founder Julian Assange. But now we finally have the chance to look at the humble beginnings of Tinder, the dating app that lets you swipe through a series of faces until you find a match (and then troll him relentlessly).

In this parody trailer, one man’s tech-savvy friend helps him through his social awkwardness by introducing him to a new dating app. He meets a few new people he wouldn’t have otherwise.

It’s a straight-up parody of The Social Network, and while it doesn’t have an equivalent to the fallout between Zuckerberg and Eduardo Saverin, there’s plenty of drama and X’ed connections to go around.

Just think before you swipe that opportunity away.