These Tinder messages on valentines are straight-up terrifying

How do I love thee? Let me count the negs.

Tinder messages from dudes are 100 percent garbage, but as this Tumblr proves, they’re even creepier when you read them on a big pink Valentine’s Day heart. 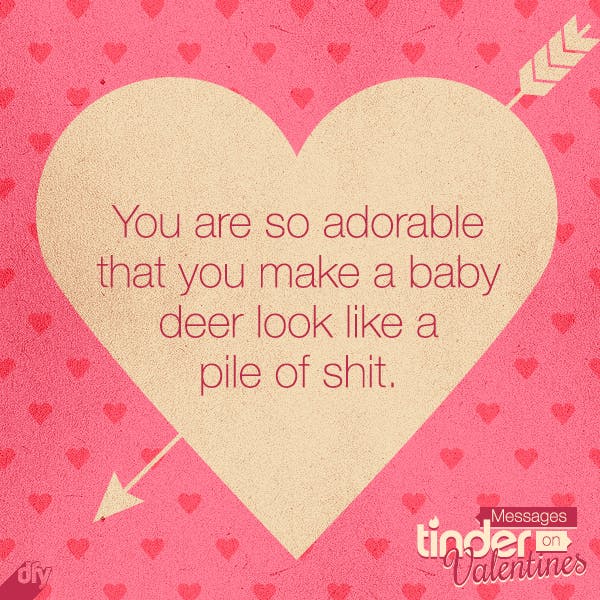 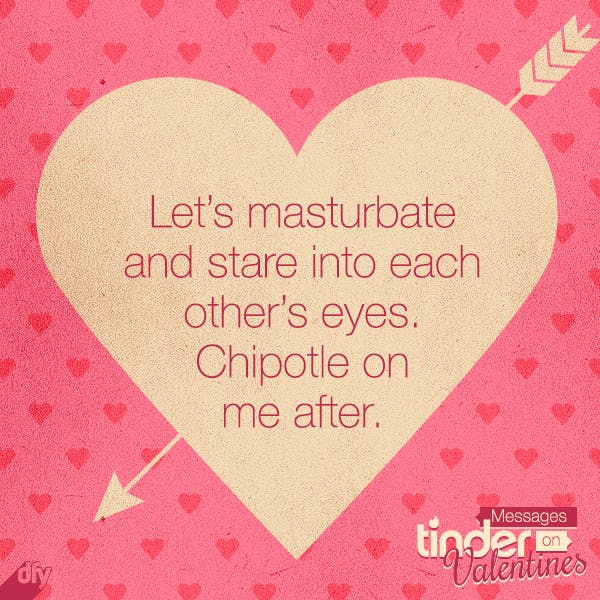 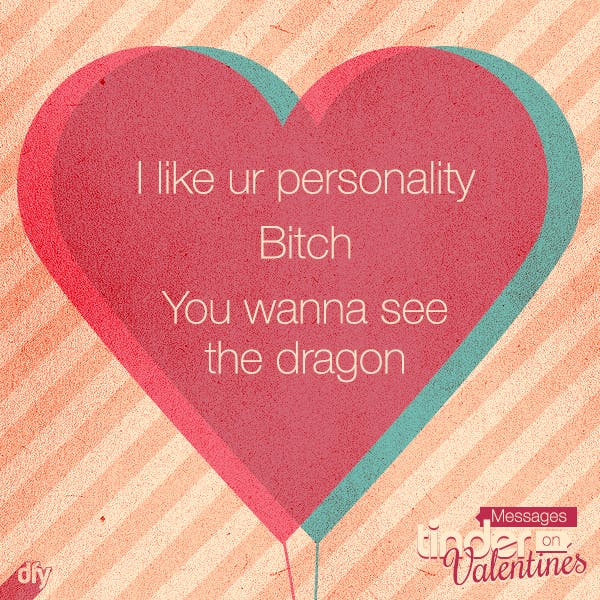 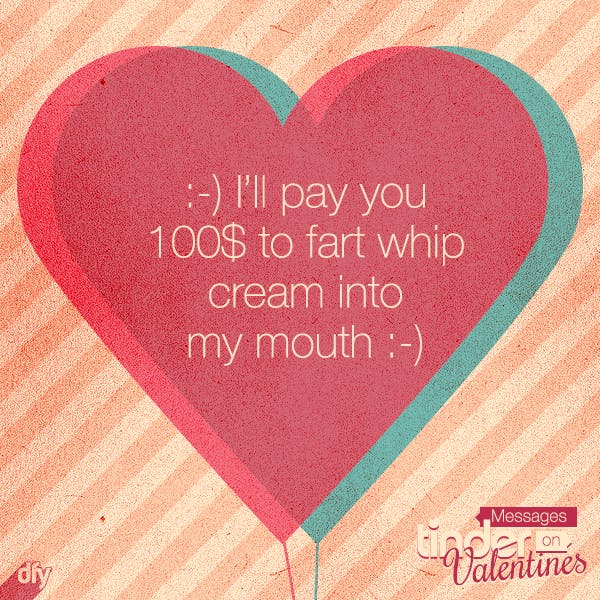 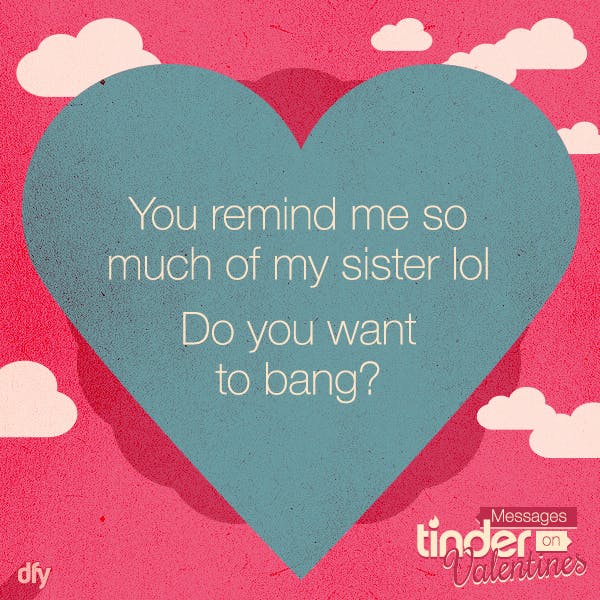 Come on, fellas—you’re gonna want to save some of these lines for when you’re sloshed on St. Patrick’s day.