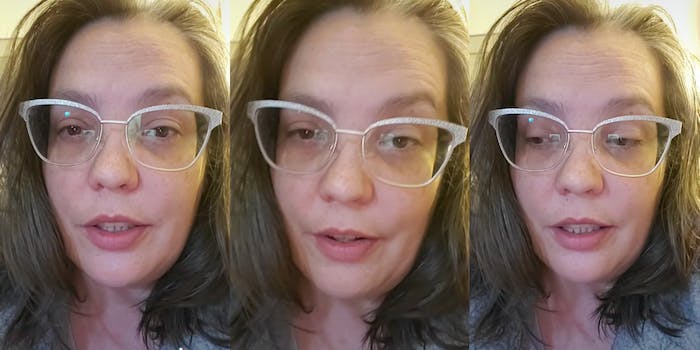 ‘I had been kidnapped’: TikToker says she found out she was a missing person since 1980

'This is how I found out I had been kidnapped.'

A TikToker says she was 26 years old when she learned that she was “kidnapped” as a baby and had technically been considered a missing person since 1980.

The unnamed TikToker, who is now 42 years old and goes by the username @thebeardedmom, shared the story in a video on May 7. “This is how I found out I had been kidnapped,” she begins.

In the video, she describes how she called the local sheriff’s office in the city where she was born to find out more about her biological mother after discovering her mother wasn’t the one who gave birth to her. “I assumed that the fastest way to track my biological mother down would be to seek out a criminal record for her,” she says.

She says that after she gave the sheriff whom she was speaking with all the information she could, he “became extremely interested in who” she was and asked her to sit because he had something important to tell her.

“I sat down, he told me he couldn’t find any information about my mother, but that I was a missing person,” she says. “I had been [missing] since 1980. There was a police investigation I could not access because the records had been archived, but I had been kidnapped.”

The TikToker notes that she was in a “healthy place” for the first time in her life, so the news really threw a wrench in things. “I was preparing to get married, and I had two children,” she says. “So yeah, tough day.”

The TikToker says she eventually tracked down and met her biological mother but that it didn’t go well.

The TikToker’s initial video has been viewed over 1.1 million times. Viewers are expressing their shock and sympathizing with the TikToker in the comments section. “Oh no honey, we are all invested now. I can’t imagine what you were going through… it’s like 26 years had been a lie. My prayers are with you,” one said.

The Daily Dot has attempted to reach out to @thebeardedmom.