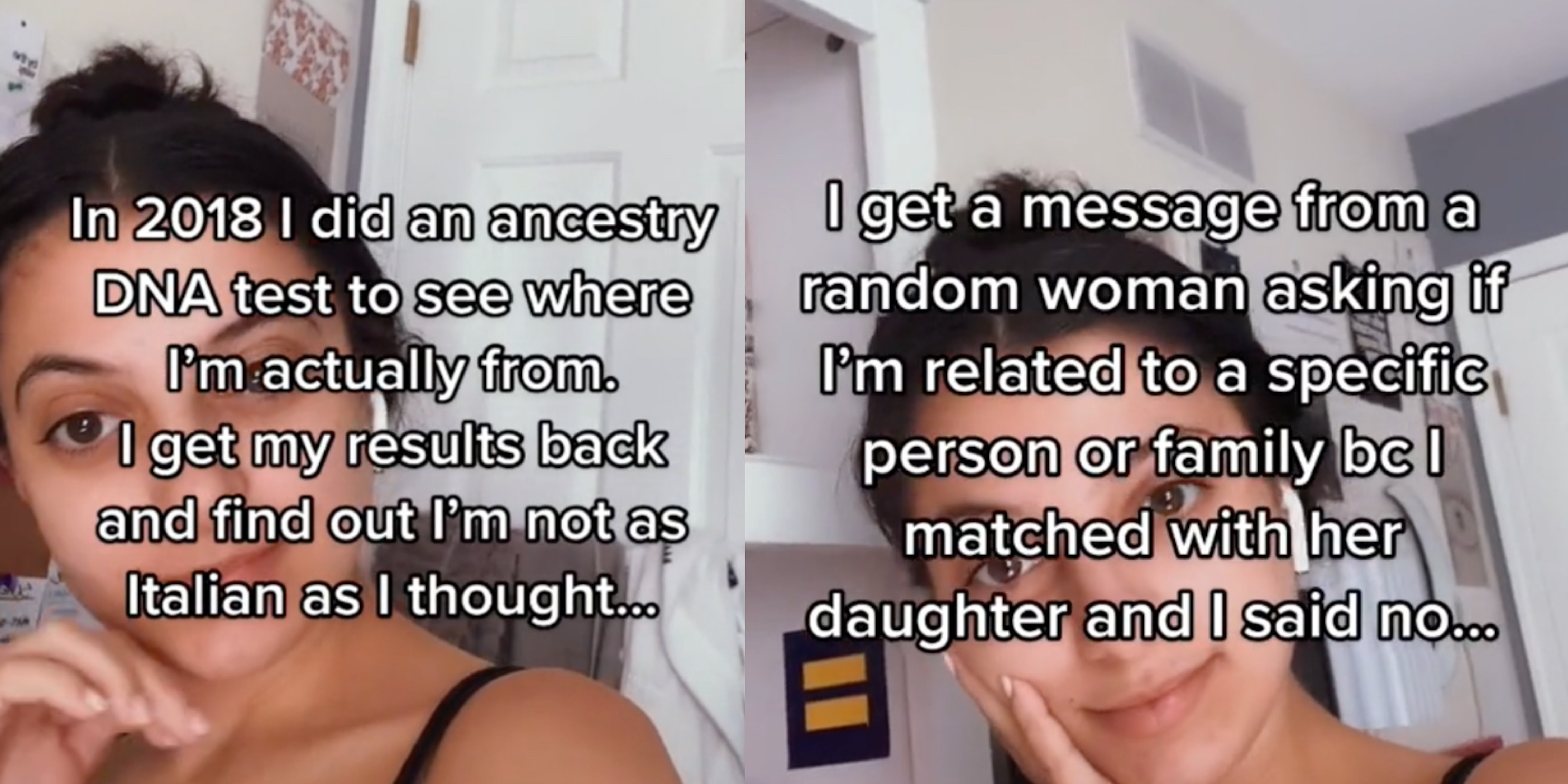 ‘There are so many of us. We may end up dating’: TikToker finds out she has 50 siblings after DNA test

'I'm not as Italian as I thought.'

A TikToker shared in a now-viral video how she discovered she has 50 siblings.

In videos, posted in September, @izzyvn_98 details her experience of using a DNA genealogy test to explore her heritage, only to find out that she isn’t “as Italian” as she thought she was and that has 50 biological siblings.

Her first video on the matter garnered 117,000 likes and over 850,000 views. The story was picked up by several news outlets in November.

“In 2018 I did an Ancestry DNA test to see where I’m actually from,” text overlay on the video reads. “I get my results back and find out I’m not as Italian as I thought. I get a message from a random woman asking if I’m related to a specific person or family because I matched with her daughter and I said no. She then asks me if I was a sperm donor baby because her daughter was too and now I’m freaking out because she could be my sister because I am a sperm donor baby.”

Additional text overlays explain that she also matched with her sperm donor’s half sister, among others.

“The donor’s half sister then matches with me and DMs me saying other mothers who used the same donor, and their children are part of a private Facebook group, and that I should join too,” the text reads. “I join the page and turns out there are 50 of us who are siblings and children of the same sperm donor… and we’re all different ages. And now there’s paranoia about overpopulation because some of them are afraid there are so many of us, we may end up dating someone who happens to be a sibling.”

Some commenters on the video shared that they are also children of sperm donors and similarly discovered multiple siblings through DNA tests. One commenter said that they are one of 100. Others have siblings or large numbers of family member who originated in a more typical fashion.

Others joked that @izzyvn_98 should ask her dates to do a DNA test, just in case.

Some called the worry that she may meet and date a sibling unreasonable. She pointed out that that was a worry expressed by her siblings in a Facebook group, not herself personally.

In a follow-up video, @izzyvn_98 states that she is a triplet, who was conceived through in vitro fertilization and born in 1998.

The Daily Dot has reached out to @izzyvn_98 for comment.