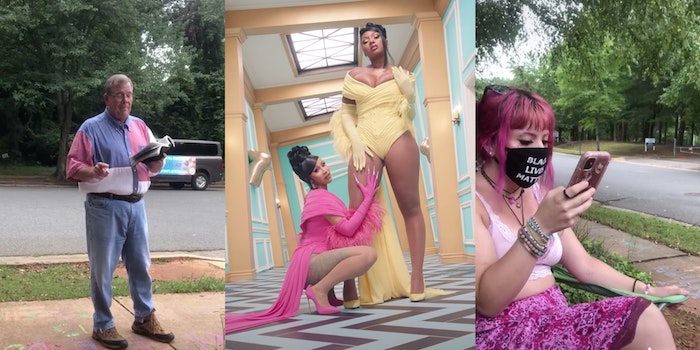 Instead of the word of God, they preached the words of Cardi B and Megan Thee Stallion.

A group of teens created a viral TikTok moment outside of an independent clinic that provides abortions. The teens gather there regularly, in shifts, to provide support for women seeking abortions. They also serve as a barrier between women in need and the religiously motivated groups that swarm to protest the clinic.