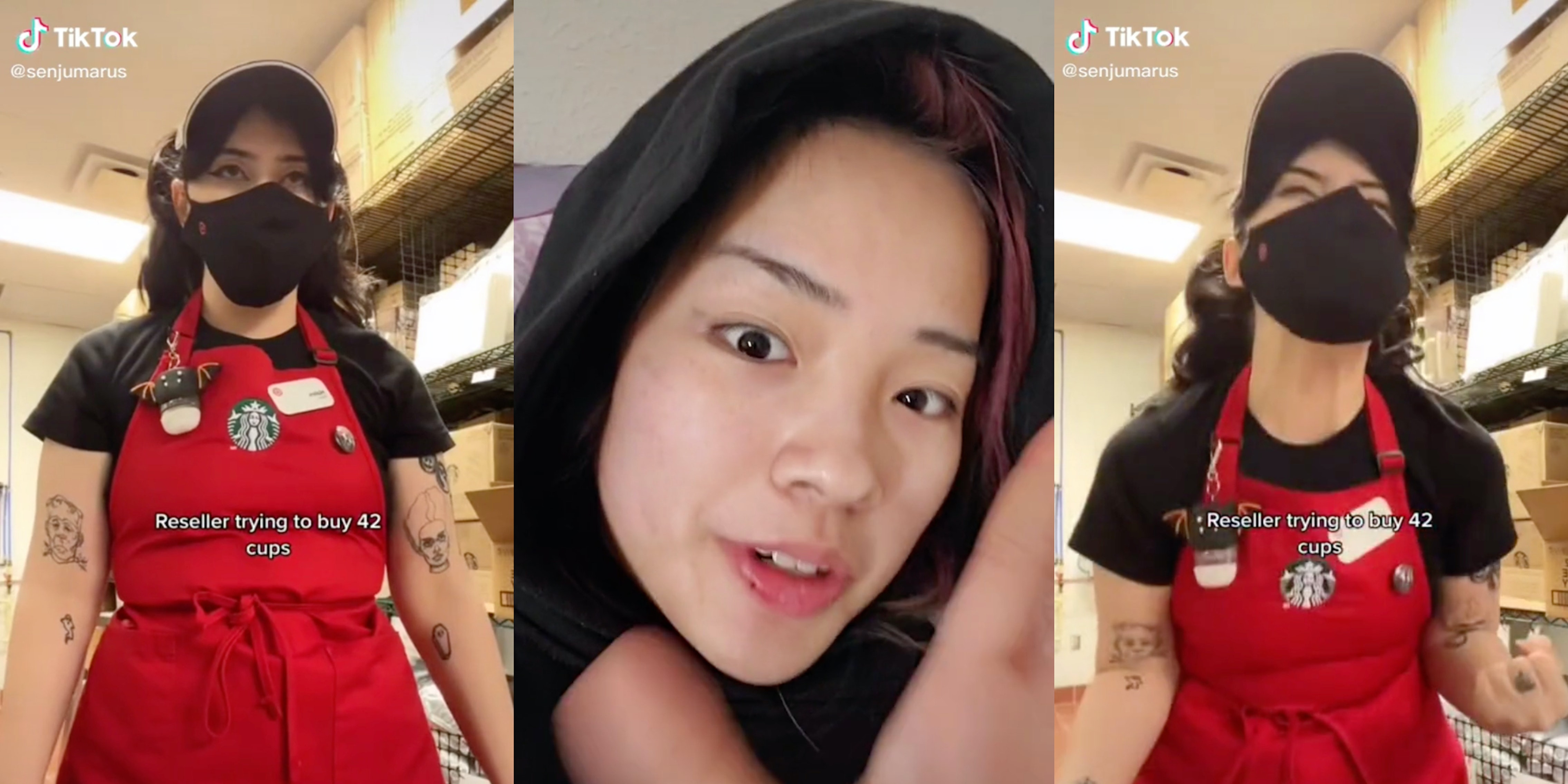 Resellers are attempting to hoard the coffee brand's collectible tumblers, mugs, and cups.

A former Starbucks worker has called out resellers who try to mass-purchase the coffee brand’s collectible merchandise in a viral video on TikTok.

The video by @senjumarus stitches a clip from a current Starbucks employee who can be heard venting about the holiday season, including resellers “trying to buy 42 cups.”

Starbucks sells an assortment of tumblers, mugs, and cups that over the years have built up a cult following. The Starbucks merch fandom has gotten so intense that both current and former employees are turning to TikTok to express their frustrations.

“They used to try to make up sob stories to get me to bend and if they entertained me enough I would,” Sen wrote in the video caption.

Over the course of their two years at Starbucks, Sen said that they got fed up with resellers who tended to be “insanely rude” to them and their coworkers “for no fucking reason.”

Resellers would go through the store’s storage cabinets for merchandise, demand to know the dates of new product launches, and fight among themselves, “which is really funny on launch day but it was still really bad.”

Regular customers would end up getting mad at Sen and their coworkers for quickly selling out of products even though they “don’t control resellers.”

In an effort to give everyone access to in-demand merch, Sen and her manager established a policy that limited customers to purchasing two cups and only one in each style.

“Resellers hated us, but we had a lot more grateful people,” Sen said.

The resellers fruitlessly argued with Sen and their coworkers about the store’s policy since it wasn’t in line with company policy.

“I would stand there with my little God complex and I would be like, ‘Well, we would not have it for you to buy in the first place if we didn’t have [the policy],'” Sen explained.

The viral video has more than 700,000 views on TikTok and hundreds of comments.

Many people have taken to the comments to recount their own experiences with hardcore resellers.

“I went to get a cup I really wanted yesterday… let me just say they’re crazy to the point where a bux employee got assaulted and cops was called,” a commenter claimed.

“Resellers are THE rudest most entitled people,” another wrote.

“I am a cup collector and it’s so frustrating watching someone sweep the shelf when I just wanted one,” a commenter said.

Various people in the comments said it would make sense for the global company to implement a purchase limit. Sen replied to a comment and said the coffee empire wouldn’t do that because “resellers drive demand up to profit.”

The Daily Dot reached out to Sen via TikTok comment.