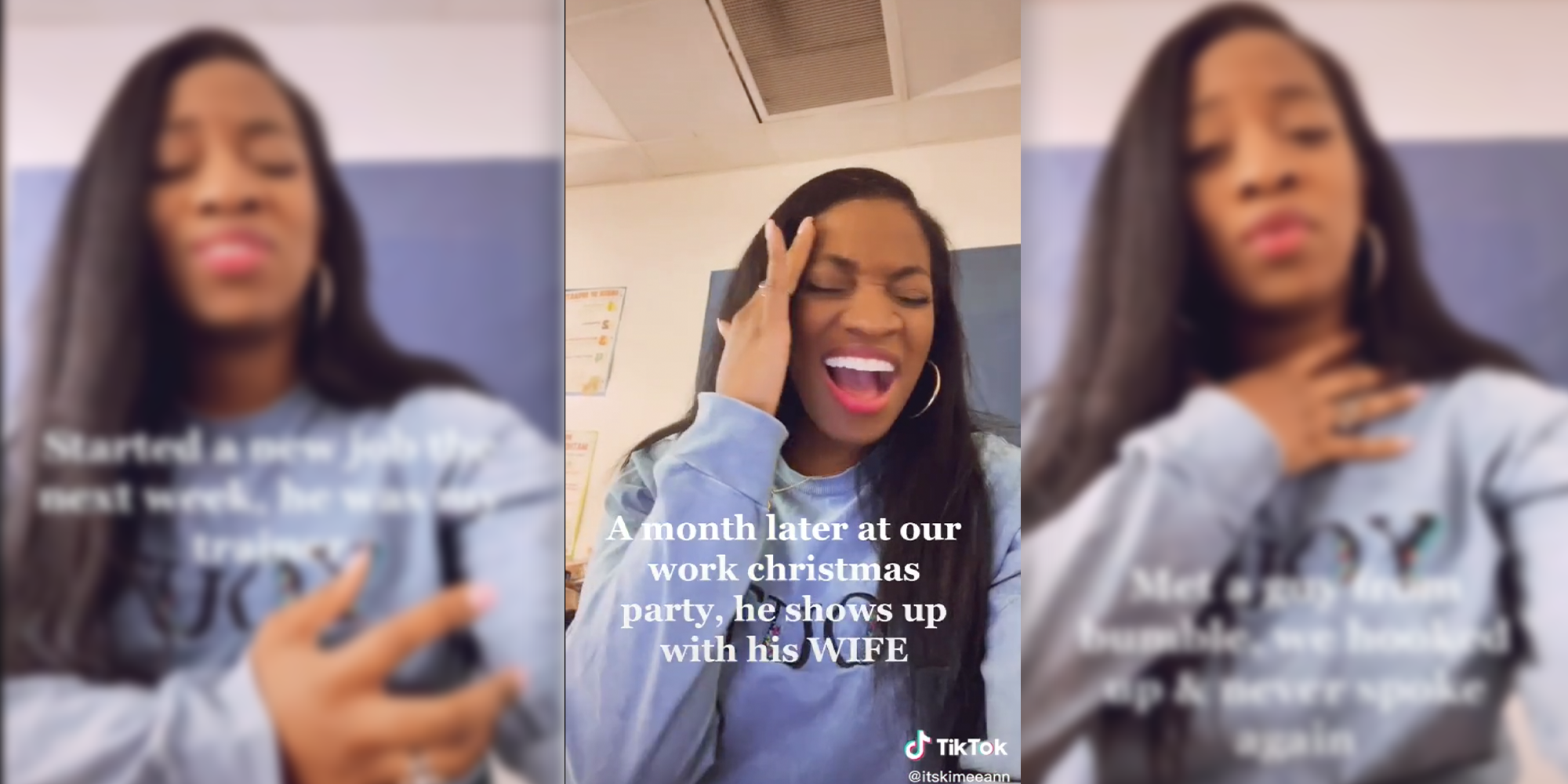 It's the story time that just keeps getting worse.

In a new TikTok trend, people are using audio of a “Bad Romance” cover to talk share some pretty wild love stories. But one TikToker used the challenge to expose the bizarre love triangle she became caught in with her co-workers.