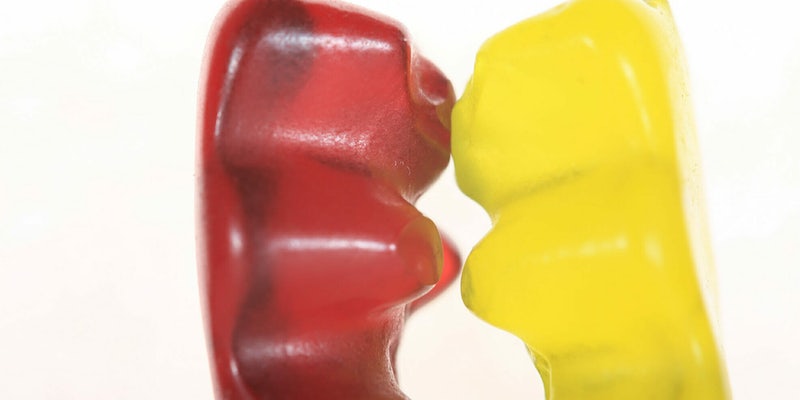 This Adele TikTok meme is too sweet

People are ditching the old lip syncs and getting a bit more creative.

What happens when you mix a ton of delicious gummy bears and Adele’s hit song “Someone Like You”? The sweetest, most wholesome meme we’ve seen in a while.

The latest TikTok challenge taking over social media is ditching the usual lip syncs and getting a bit more creative.

The Gummy Bear Challenge features one lonely gummy bear “singing” the first few words of the chorus of Adele’s 2011 ballad. Then, the camera pans out to show hundreds of multicolored gummies “joining in” as though they were the crowd at an arena concert.

Original Someone Like You by Adele Gummy Bear Crowd edit by David Kasprak on tik tok pic.twitter.com/QUFe6v7OYm

That’s quite a crowd!

User David Kasprak is believed to be the first one to post the video, captioning it “over 200 Haribos singing.”

Now his creativity is inspiring others to make a version of their own! Some have even taken it up a notch.

Hilarious spinoffs are popping up all over the place.

TikTok is even responding to the challenge—and it makes a pretty good point.