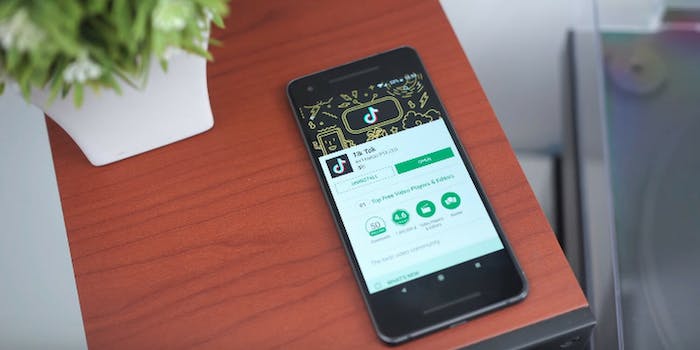 Popular lip-synching app TikTok is under scrutiny after reports emerged of easily accessible violent neo-Nazi propaganda on the platform used by millions of young people.

Content and user accounts were found to be pushing explicit anti-Semitism and racism. Others openly aligned with far-right extremists Atomwaffen, a violent group connected with the murder of several Jewish people in the U.S.

Hashtags included neo-Nazi slogan 1488 and #FreeDylannRoof, the self-described white supremacist who gunned down nine black churchgoers in a Charleston, South Carolina, in 2015.

The content is in violation of the company’s Global Community Guidelines which prohibits the promotion or incitement of violence, terrorism, hate speech, and discrimination.

“It’s just outrageous and dangerous, given how many young people, like Dylann Roof, have been radicalized online and then shifted to violence,” Southern Poverty Law Center intelligence project director Heidi Beirich told Motherboard. “We’ve never talked to Tik Tok, but clearly we need to. They need the site to be cleaned up—and now.”

Social media platforms have been under pressure of late to combat extremist content, but this is a first for TikTok.

ByteDance, the company which owns the platform, said recently that it planned to increase its TikTok content moderator personnel from 6,000 to 10,000 people.

Update 8:35pm CT, Dec. 21: In a statement to the Daily Dot, TikTok said it was working to address the problem.

“Hate speech is not permitted on TikTok. We make this very clear in our Terms of Service and Community Guidelines, and we remove inappropriate content and terminate accounts that violate our policies. Handling this issue is a challenge for the industry as a whole, but for our part we will continue to enhance our existing measures and roll out further protections as we work to minimize the opportunity for misuse.”