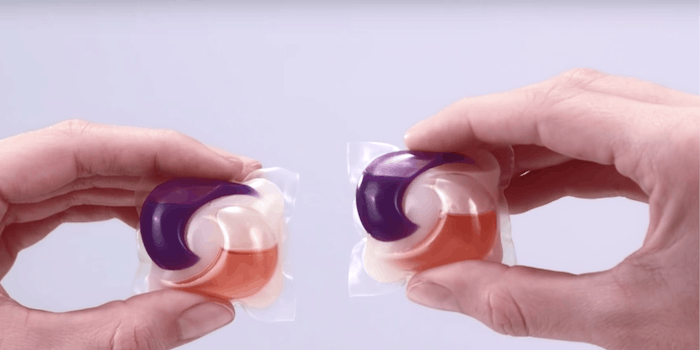 Don't blame us, says company that made laundry detergent look like candy.

With six percent of 2018 now in the books, it’s clear that the Tide Pods Challenge is the year’s hottest new trend. The joke is that those little laundry detergent bubbles look so much like candy, and current events are so awful, that you might as well give in to temptation and see what a Tide Pod tastes like. Unfortunately, a small number of teens have carried the joke too far and actually ingested the pods.  Tide’s parent company, Proctor & Gamble, wants absolutely nothing to do with this, and the company’s CEO released a statement Monday that blames those incidents on meme teens, not the company.

“[E]ven the most stringent standards and protocols, labels and warnings can’t prevent intentional abuse fueled by poor judgment and the desire for popularity,” wrote Proctor & Gamble CEO David Taylor, in a blog post called “Safety is No Laughing Matter.”

The message is clear: nothing about our delicious-looking chemical packets is to blame for the Eating Tide Pods meme. Our hands are as clean as your laundry when you use our excellent product. Never mind that the candy-like colors and swirls of the pods inspired the joke in the first place. We’re also not going to mention that, before this meme started, the largest demographic of Tide Pod-eaters was adults with dementia who consumed the detergent by accident. We’ve demonstrated that even Rob Gronkowski isn’t dumb enough to eat our product, conclusively proving that anyone who does is a huge idiot and entirely at fault. We tried protocols, labels, and warnings! What more do you want from us?!

Proctor & Gamble is doing everything it can to kill the joke. Everything except changing the design of Tide Pods, that is. Consumer safety advocates have been recommending a redesign for months. “We also continue to believe that manufacturers should modify the appearance of laundry packets, so they do not look like candy,” James Dickerson of Consumer Reports said in June 2017, well before the Tide Pod meme erupted.

It’s the one obvious suggestion Proctor & Gamble’s Taylor entirely failed to mention, probably because a redesign would acknowledge there was a problem with the candy-colored packets in the first place.

Creative teens with a penchant for humor about depression and suicide may have created the Tide Pod meme, but the meme wouldn’t work if the detergent was clear and boring instead of colorful and enticing.

By all means, as Taylor writes, “let’s all take a moment to talk with the young people in our lives and let them know that their life and health matter more than clicks, views and likes,” but let’s also not shift the entirety of the pod-poisoning blame to teens and parents while acting like the detergent industry is out of options.