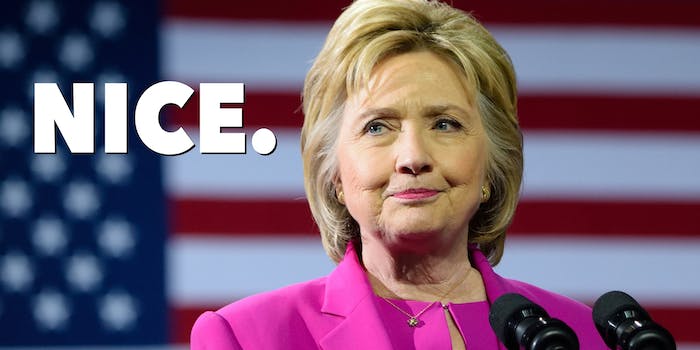 With a bump in the polls following the Democratic National Convention, the stats wizards at FiveThirtyEight have updated their predictive model for the 2016 election to give Democrat Hillary Clinton a 69 percent chance of beating Republican Donald Trump.

Our polls-plus forecast gives Clinton a 69% chance of winning on Nov. 8: https://t.co/komLH5RhHg pic.twitter.com/zjGBhe4Vxo

A lot of people on Twitter thought that was nice. 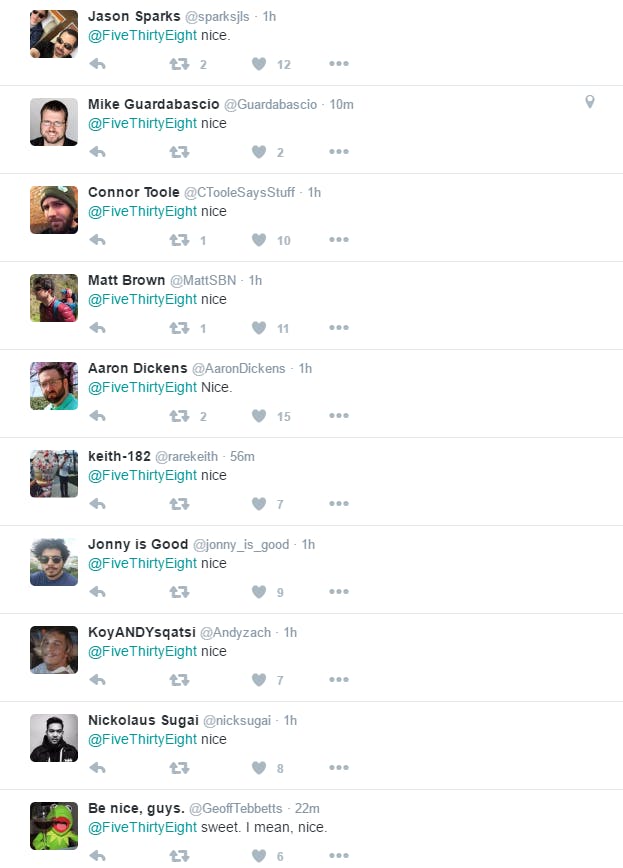 Even more people felt it was incredibly, fantastically nice. 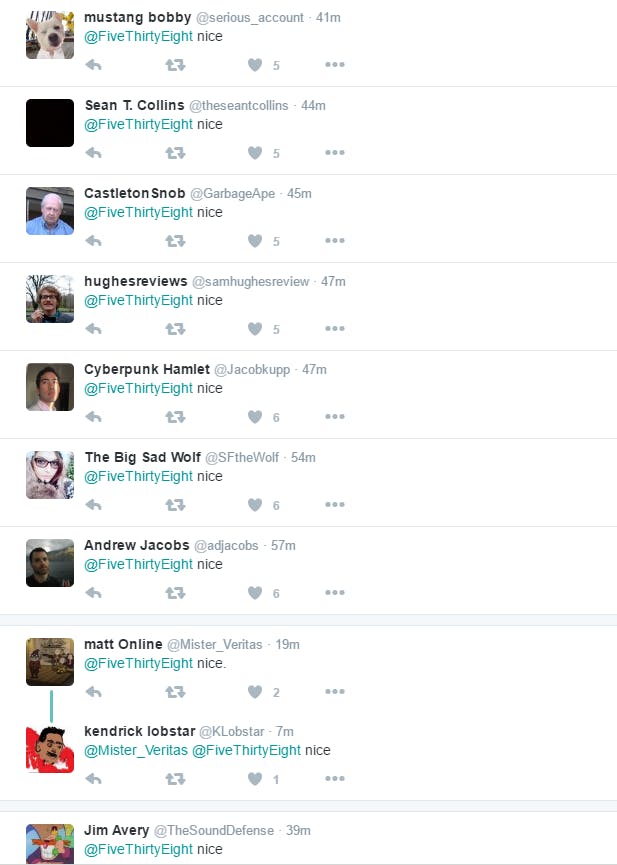 It’s a good thing Merriam-Webster just added the word “hella” to the dictionary, because an even larger group of people thought the whole thing was hella nice. 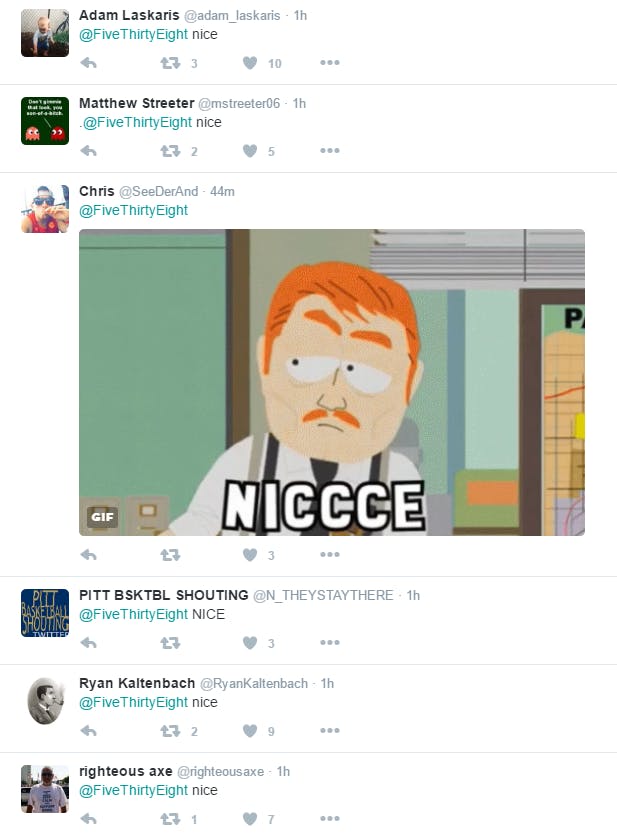 Rock icon Jenny Lewis recently released an album with her post-punk super-group Nice As Fuck, which is also a good way to describe this whole thing. 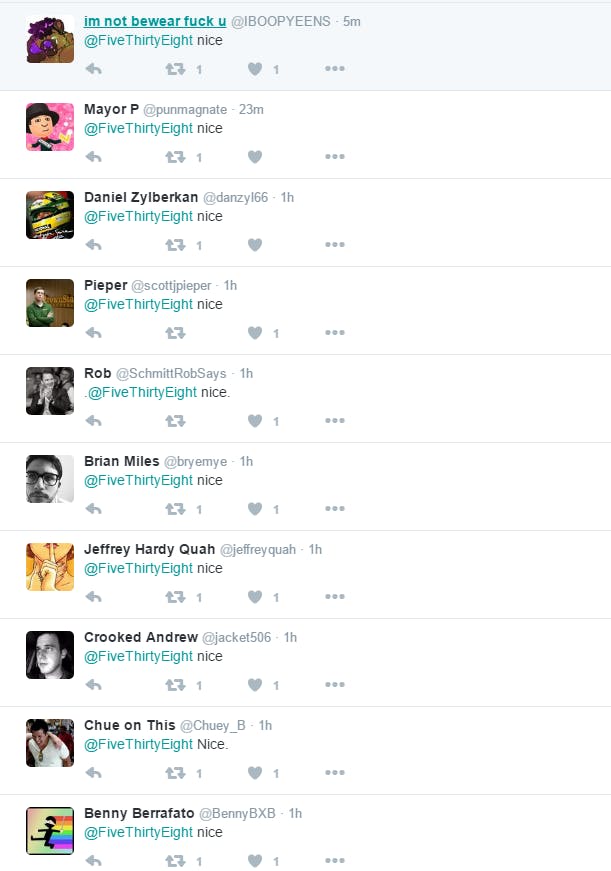 One might think people were be talking about Nice, a city on the French Riviera. However, one would be wrong. 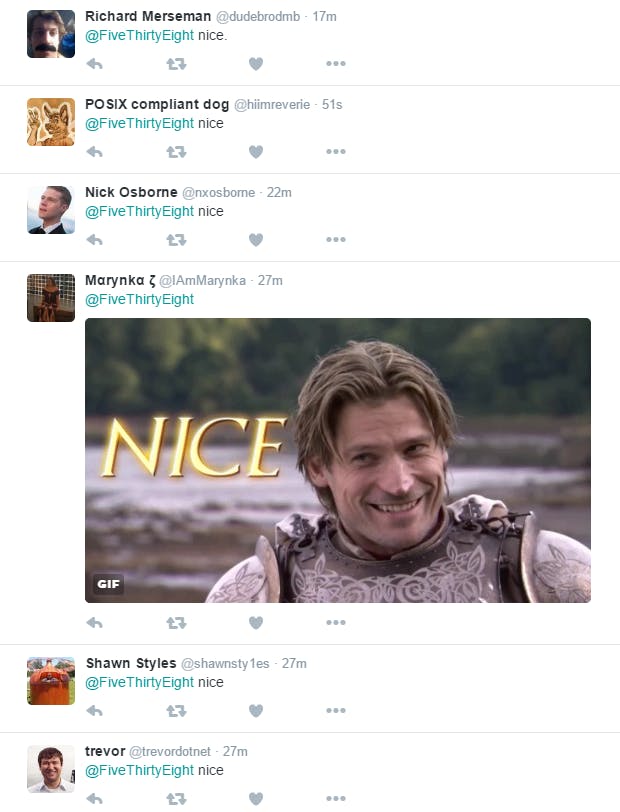 “Noice!” is another acceptable way to articulate the feeling also expressed by the word “Nice.” 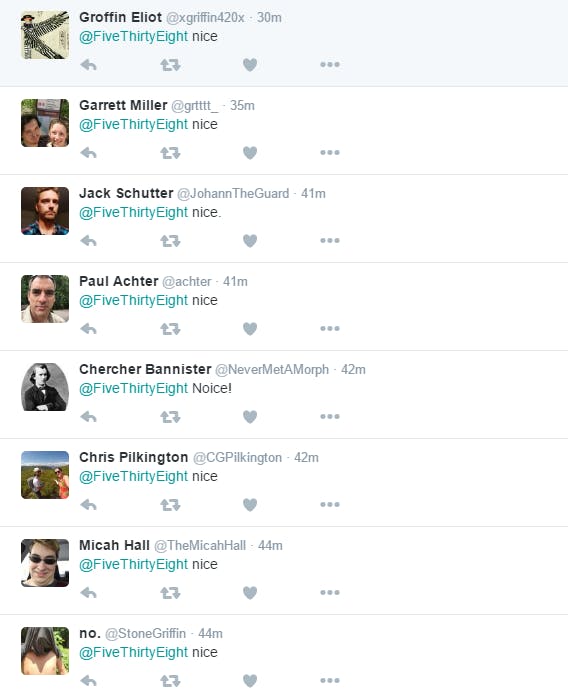