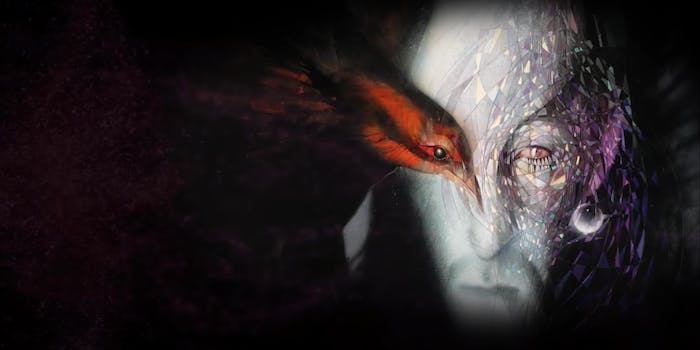 Sandman, Neil Gaiman’s groundbreaking comic book series about the god of dreams, has yet to be successfully adapted to the screen, but starting this summer, we’ll get to experience his story in a brand new light.

Audible, which first announced earlier this year that it’s adapting Gaiman’s series as a multi-part Audible original, unveiled the all-star cast of The Sandman; Gaiman, who is also an executive producer on the adaptation, was already set to narrate. James McAvoy is set to star as Morpheus (aka the god of dreams) while Kat Dennings will voice Death and Michael Sheen (an alum of Gaiman’s Amazon miniseries Good Omens) will play Lucifer.

“A truly exceptional cast of artists will be bringing this cultural phenomenon to life,” David Blum, Audible Originals editor-in-chief, said in a statement. “We are honored to be working alongside Neil Gaiman and DC to create a truly immersive adaptation that we know fans and listeners will love.”

Published from 1989 to 1996 by DC Comics (and later Vertigo), Sandman followed Morpheus as he’s captured by a cult and his eventual journey to regain power. The original run, which was written by Gaiman and illustrated by artists like Sam Kieth, Mike Dringenberg, Jill Thompson, Shawn McManus, Marc Hempel, and Michael Zulli lasted for 75 issues, although the series still continues thanks to varying spinoffs.

However, even in a world where comic book movies have long become part of mainstream pop culture, Sandman has proved to be notoriously difficult to adapt. Several attempts to adapt the story as a film, including a version that was supposed to star Joseph Gordon-Levitt, have been made, but none have gotten far.

Last year, Netflix announced that it was adapting Sandman into a TV show. According to Gaiman, the show was pretty far into pre-production (which included finished scripts, directors, sets being built, and casting) before the coronavirus halted things. “It’s going really well, except it’s kind of hibernating right now until people start making TV again,” Gaiman told fans on Tumblr.