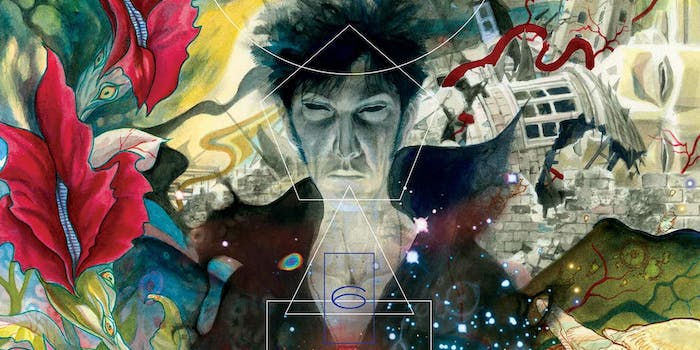 After decades of false starts, the cult comic book series is getting a screen adaptation.

Thanks to Netflix, we’re finally getting a Sandman screen adaptation. And yes, Neil Gaiman is involved.

The 75-issue comic was created by Gaiman and a team of artists including Sam Kieth, Jill Thompson, and Dave McKean, spawning spinoffs and attracting an international fanbase. Combining elements of real-world mythology with characters from DC Comics, it stars a huge ensemble cast of supernatural entities and humans and is notoriously tricky to adapt for the screen. Various people have attempted to get a movie off the ground since the 1990s, but most fans (and screenwriter Eric Heisserer, who wrote a screenplay for a recently shelved Sandman movie) agree that it’s better suited to TV than a Hollywood blockbuster.

Warner Bros., which owns the film and TV rights to DC Comics properties, is thought to have offered the show to HBO, but HBO wasn’t interested. That makes sense because while Sandman is huge, HBO will soon launch its own big-budget DC/Vertigo adaptation, Watchmen.

Along with the industry-wide competition to find the elusive next Game of Thrones, Netflix is keen to obtain more attention-grabbing original content to make up for the loss of shows like The Office, which will soon leave the streaming service. Along with Narnia, Magic: The Gathering, and Avatar: The Last Airbender, Sandman is one of several sci-fi/fantasy projects that arrive with a preexisting audience.