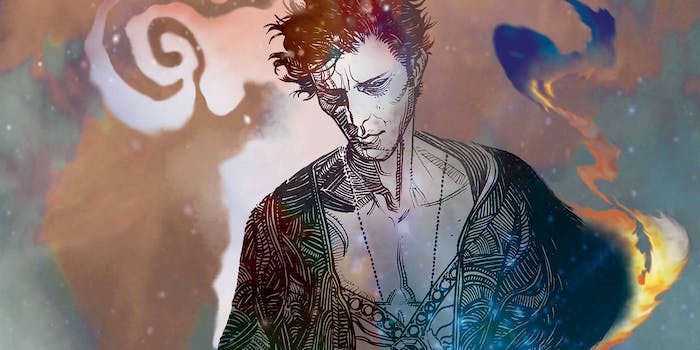 According to this screenwriter, 'Sandman' just isn't suitable to adapt in a single movie, or even a trilogy.

Heisserer, who replaced screenwriter Jack Thorne (Harry Potter and the Cursed Child), told io9 that he believed Sandman was better suited to becoming a TV series.

“I had many conversations with Neil [Gaiman] on this, and I did a lot of work on the feature and came to the conclusion that the best version of this property exists as an HBO series or limited series, not as a feature film, not even as a trilogy. The structure of the feature film really doesn’t mesh with this.”

As io9 points out, Hollywood studios have spent years trying and failing to adapt Sandman, a story so long and multilayered that many fans would surely agree with Heisserer’s opinion. It’s hard to imagine a Sandman adaptation that fits within Hollywood’s restrictive vision for comic book movies, a genre that mostly produces PG-13 action films with formulaic storylines.

Actor/director Joseph Gordon-Levitt left the project earlier this year, hinting at similar creative differences with the studio. Meanwhile, writer Neil Gaiman showed his support for Heisserer’s decision by hailing him as “very smart” and sharing his statement on Twitter.