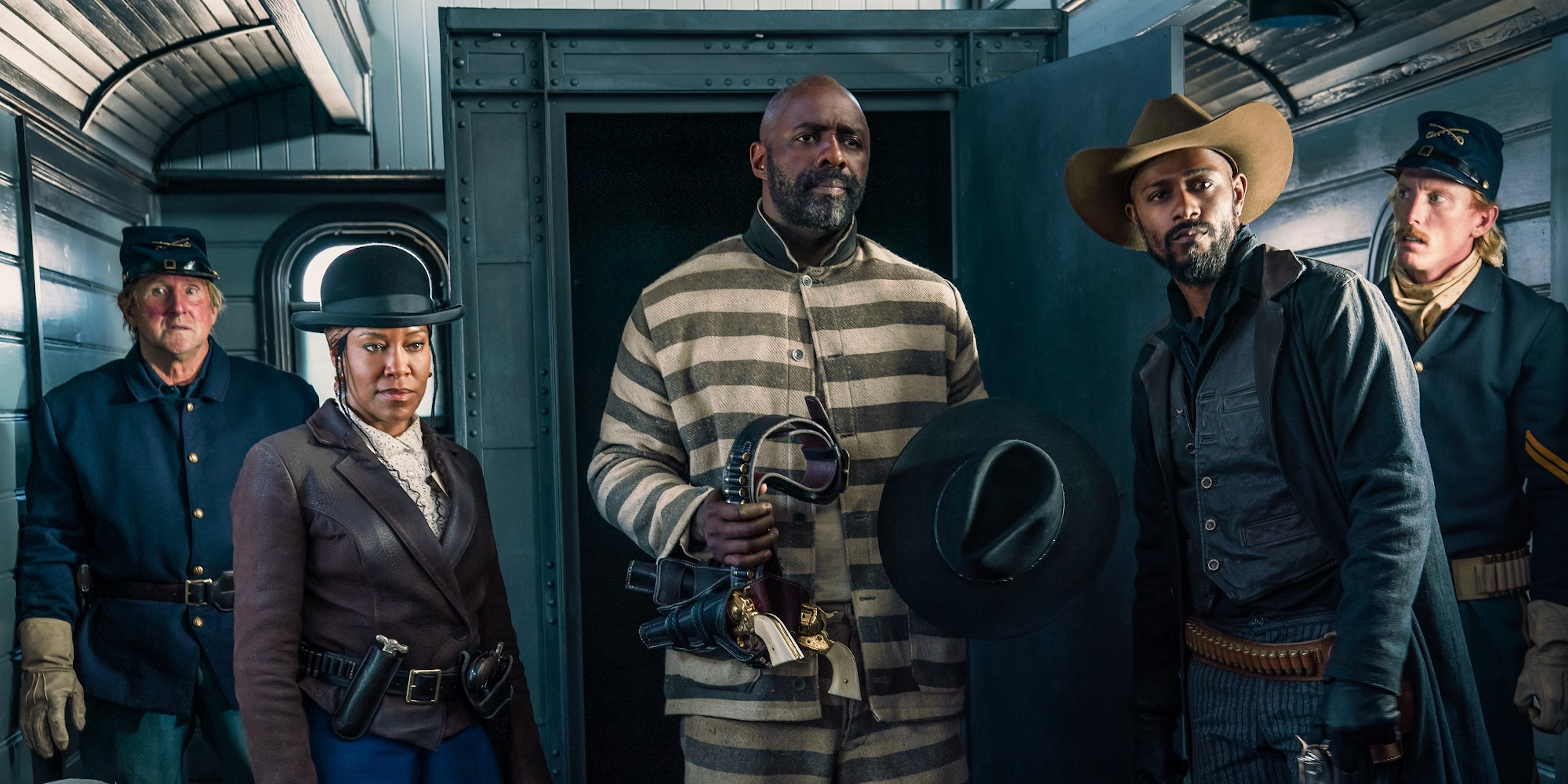 ‘The Harder They Fall’: Netflix’s star-studded Western is incredibly fun

It’s hard to believe that The Harder They Fall is director Jeymes Samuel’s first feature film. He has plenty of fun with the camera in this punchy 19th-century Western—a film that’s stylish but not shallow, channeling a ton of star power to balance out its slightly overlong runtime.

The Harder They Fall

The Harder They Fall is a kind of Ocean’s Eleven for real historical figures, featuring an ensemble cast of legendary outlaws and heroes. It’s also a rare Western with an all-Black cast. The film’s opening text emphasizes that while the story is fictional, these are all real people who rarely get their due in Hollywood cinema. Some are portrayed as you’d expect (Delroy Lindo playing the U.S. marshall Bass Reeves with tough gravitas) while others are unrecognizable.

There was some controversy over casting Zazie Beetz (a young, light-skinned actress) as Stagecoach Mary, who was in her sixties when she made a name for herself. That particular choice is pretty egregious in context, because while all these characters are fictionalized, the men at least vaguely resemble their real-life counterparts. By comparison, Mary is introduced with a sexy musical number, playing a saloon owner in a red corset. She’s portrayed as a ruthless fighter and business owner, but narratively her main role is to be the hero’s love interest, spending half the film as a damsel in distress. Not an ideal interpretation of Stagecoach Mary, in a film featuring three female characters opposite about ten men. I mean, Zazie Beetz is easy to love, but sheesh!

Hollywood-typical sexism aside, The Harder They Fall offers up an energetic crime caper about two gangs feuding over some stolen cash. Jonathan Majors leads the cast as Nat Love, an outlaw hero whose parents were murdered by the dastardly Rufus Buck (Idris Elba).

Love has vowed to kill Buck in revenge; a goal that becomes especially urgent after the Nat Love Gang accidentally steals Buck’s loot. Meanwhile, Buck’s gang (led by Regina King and LaKeith Stanfield, both characteristically brilliant) plots to spring Buck from his longtime jail sentence. This is what I mean by star power. Idris Elba’s main job here is to be extremely cool and intimidating, which he does with aplomb. Meanwhile, Jonathan Majors is one of the most charismatic actors of his generation, bringing tremendous warmth and charm to a fairly straightforward kind of protagonist.

Better known by his stage name The Bullitts, Jeymes Samuel previously directed the star-studded short film They Die By Dawn; also an all-Black Western. His music industry roots shine through in The Harder They Fall, which features a multi-genre soundtrack including Jay-Z, Lauryn Hill, and Kid Cudi alongside more old-school Western movie music.

Samuel doesn’t shy away from ostentatious needle-drops, and it works for him. The Harder They Fall isn’t aiming for gritty realism. The film’s Old West sets have the bright lightning and rainbow palette of a music video, and there are about ten different scenes where the characters pose for a hero shot. A true crowd-pleaser with better action sequences than many of Netflix’s action movies, and so many scene-stealing performances you can barely keep track of them all.

The Harder They Fall is now available to stream on Netflix.