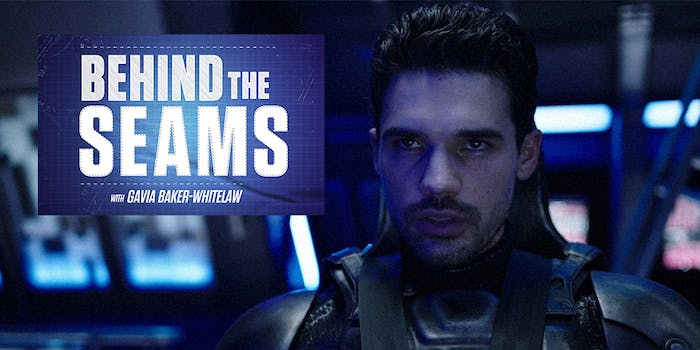 How costume design shapes the worldbuilding of ‘The Expanse’

We explain the deceptively brilliant costume design of 'The Expanse.'

Over the course of five seasons, The Expanse has earned a cult following thanks to its blend of compelling characters and elaborate sci-fi worldbuilding. While it echoes some elements from science fiction classics—Battlestar Galactica, Blade Runner, Alien—there’s nothing else like it on TV. Needless to say, visual worldbuilding plays a major role.

In the latest episode of our Behind the Seams YouTube series, we delve into the costume design and visual choices that make The Expanse so great. Set in the 24th century, the show focuses on three warring societies: Earth, a militaristic Martian colony, and the hardscrabble rebels of the Asteroid Belt. Each culture follows a different aesthetic, with costume designer Joanne Hansen taking cues from genre staples like cyberpunk—and from practical concerns about everyday life in space. The show also features impressively thoughtful costuming in terms of individual characterization, the most beloved example being the glamorous Earth diplomat Chrisjen Avasarala.