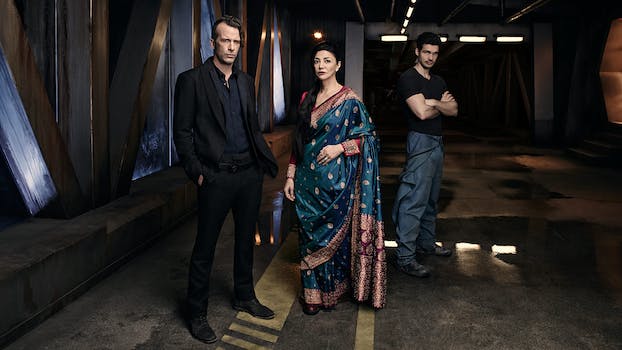 Amazon may save ‘The Expanse’ after all

The #SaveTheExpanse campaign may actually work!

Former Syfy series The Expanse may be saved after all. According to the Hollywood Reporter, Amazon is in talks to renew the show for a fourth season.

The spacefaring sci-fi series gained a passionate fan-following during its three-season tenure on Syfy, but was cancelled this month due to low ratings. Syfy’s airing agreement only gave it the rights to The Expanse‘s first-run screening on TV, meaning it didn’t benefit from online streaming. Many U.S. fans watch the show on Amazon, while overseas viewers catch it on Netflix. As an expensive show with a lot of special effects, Syfy decided it wasn’t worth continuing.

As soon as Syfy announched it was dropping the show, the fandom kicked into gear. They launched a renewal campaign involving petitions, social media hashtags, and successfully boosting the show’s live ratings on last week’s episode. They even raised money to hire a #SaveTheExpanse plane to fly past Amazon headquarters. The campaign’s celebrity supporters include Patton Oswalt and George R.R. Martin.

This fan response was partly fuelled by the fact that The Expanse fills a very specific niché. In a similar vein to Battlestar Galactica, it’s “serious” sci-fi without being aggressively adult-rated—unlike Westworld or Altered Carbon, which are more in line with Game of Thrones. The Expanse explores a complex web of long-form storylines, and they really came together in season 3, earning a rare 100 percent fresh rating on Rotten Tomatoes. To cancel it now would be a real waste.

THR says the Amazon talks are still in progress, so don’t get your hopes up just yet. It’s not a done deal. Amazon is still deciding whether it wants to save The Expanse, so if you want to help out, now’s a good time to join that fan campaign.