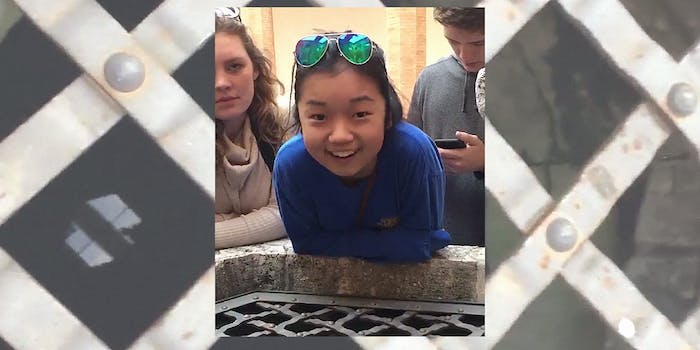 This teen’s haunting rendition of ‘Hallelujah’ will give you chills

Her face at the end says it all.

Swearing about a song full of Biblical allusions seems sacrilegious at best, but holy shit.

We’ve seen our fair share of staggering a cappella tracks—Pentatonix has made sure of that—and we’re no strangers to stellar covers of the late great Leonard Cohen’s “Hallelujah” either. (Kate McKinnon’s rendition on Saturday Night Live is still one of the all-time greats.) But this teen has managed to take it to new heights (or depths?) with a very surprising instrument: her voice and an Italian well.

found a well in italy with a nice echo 😊❤️ missing this trip already pic.twitter.com/tTkJeFo97k

We’re pretty sure she earned every single one of those 130K retweets.

It just goes to show you there’s plenty of beauty to be found in the world around you, if you’ll just open your eyes—and mouth.