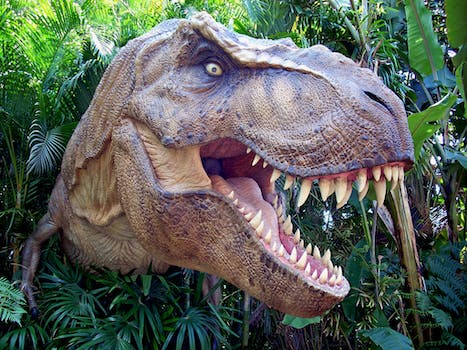 While we might all have grown accustomed to the “teaser trailer”—a brief preview for an upcoming feature—the upcoming Jurassic World introduced us to the “trailer teaser.” Released a mere two days before the full-length trailer for the dinosaur thriller, the 16-second clip revealed precisely nothing about the film, serving only as a hype machine for a trailer for a movie that won’t be released until next June.

While building hype for a blockbuster movie is certainly nothing new, the drip of information about upcoming features is reaching a point of full saturation online. Not only do we have the return of Steven Spielberg’s dinosaurs (featuring so-hot-right-now Chris Pratt), but the dynamic return of the Star Wars franchise has been met with a year full of casting announcements and impromptu set shots ferociously covered by entertainment blogs. Furthermore, the long-awaited World of Warcraft movie has barely given fans more than some cast shots and a closed-door screening of the trailer at Comic-Con.

Even Game of Thrones, which returns for its fifth season next spring, tweeted a 10-second trailer full of not much to promote ThreeEyedRaven.com, an ambiguous page which promises to give fans “The Sight” into what will happen next (something you can easily glean from reading the books).

These “teasers for teasers” are a byproduct of the ever-present need to manipulate online visitors into clicking a link that promises them the world and gives them nothing. Much like a cheap banner ad that brags about a new weight-loss trick, these brief clips offer little more than disappointment and trickery, meaning Hollywood has finally found the proper way to abuse clickbait.

Much of the criticism leveled at Upworthy-style clickbait headlines centers on the fraudulent promises they make. As the Verge’s Nilay Patel put it, “Most clickbait is disappointing because it’s a promise of value that isn’t met—the payoff isn’t nearly as good as what the reader imagines.” In an interview with New York magazine, Jon Stewart compared websites like Vice and BuzzFeed to carnival barkers. Stewart said, “They all sit out there and go, ‘Come on in here and see a three-legged man!’ So you walk in and it’s a guy with a crutch.”

This is the environment Hollywood is exploiting with movie clips so short they could be released on Vine. These aren’t “trailers” in any useful definition of the term. A trailer is not just meant to sell the film to you, but also lead you on with actual details about the film’s plot. While many films are notorious for not delivering on the promises of their marketing (think of the glorious trailers for The Last Airbender movie), the water torture that is modern movie promotion means trailers are offering less and less while utilizing the engine of traffic-hungry blogs to build hype with very little work.

Let’s take a look at a famous example, the recent Christopher Nolan film Interstellar. The first trailer for Interstellar was released almost a year before the film hit theaters. The two-minute clip offers little more than Matthew McConaughey driving down dirt roads, waxing poetic about mankind’s fortitude while shots of the Apollo missions shoot across the screen. That didn’t stop the teaser from being carried on every blog and news site you can name, heavily promoting this so-called “trailer” even though it gives zero new information. The film was first conceived in 1997 and Nolan took the helm almost two years ago, meaning anyone who wanted to know “this is a Christopher Nolan movie about space” likely could have found out at least that much which, again, is all the that teaser offers (and is arguably implied by just the movie’s title).

The reason I use Interstellar as an example is the film was both highly anticipated yet deeply mysterious. The film clearly had something to do with black holes, time travel, and humanity’s fate, but very little of what the film offered was known for much of the period it was being promoted—this is despite the official YouTube channel uploading 16 videos in the year before the film’s release, each more confounding than the last. Calling “space travel” a plot point is like selling me on The Godfather by only telling me it’s about the mob.

But this isn’t just Nolan safely guarding his creation: It’s a marketing technique. The idea of “Christopher Nolan makes a movie about space” is intriguing enough for most people, meaning the studio has no incentive to deliver on the promise of what a “trailer” is actually supposed to accomplish—and entertainment blogs are happy to renew that promise by feeding you such schlock with the exact fervor and excitement the studious hope it creates.

Let’s take a look at what happened when director Duncan Jones previewed a trailer for the upcoming Warcraft movie at Comic-Con. While all recording of the trailer was strictly prohibited, a large group of journalists and bloggers were allowed to see the first footage of the hotly anticipated film. What followed was a flurry of promises these blogs couldn’t keep: IGN posted a video of “What We Saw At The Warcraft Comic-Con Panel,” Collider promised “First Footage Revealed,” and Escapist even offered a ten-second clip consisting solely of—no kidding—the film’s title and logo.

This is the perfect example of Hollywood’s efforts to have sites like these promote their movies for them while giving nothing in return. While I’d even bet the trailer was pretty great—Jones also directed the modern sci-fi classic Moon—these blogs couldn’t post the trailer itself if they wanted to. While all they could do is describe what they saw, this didn’t stop them from breathlessly promising the trailer itself in an effort to drive traffic.

While the usefulness of such clickbait is debatable—BuzzFeed declared the technique useless earlier this season—it warrants questioning why films are getting away with the same false promises for which blogs and websites are regularly attacked. While it’s completely understandable when a film’s director or studio wants to keep an enigmatic aura around their films in order to encourage people to see the film itself, we’re verging past that into something more resembling torture for fans: The constant promise of more detail only to be given the same drab promotional shots over and over.

Which is the core problem between Hollywood and fans. Much like Stewart’s carnival barker, every movie is sold like an event when it’s really all a flash of the same CGI explosions and recycled plot devices. Hollywood has become a factory of broken promises, generating marketing like every release is a mass cultural event only to get mid-range reviews and saddening box office numbers. So it only makes sense they’d be so wisely using an Internet culture likewise driven by false hype, meaning even the old guards of our culture have fallen to deceit and broken vows of greatness.

Photo via Scott Kinmartin/Flickr (CC BY 2.0)