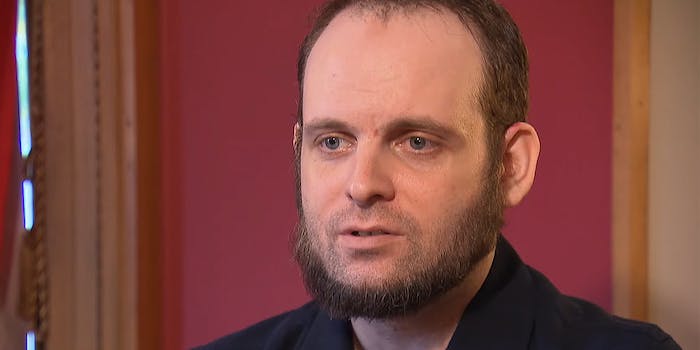 What would your reaction be?

Of course, you can’t really do that without a time machine—but this weekend, we got a taste of what it was like.

Joshua Boyle and wife Caitlin Coleman were captured by the Taliban in Afghanistan in 2012 while reportedly hiking in a remote area outside of Kabul. The Canadian citizens, as well as the two children they had while in captivity, were just rescued in an operation in Pakistan.

In an interview with the Toronto Star, recounting their experience, Boyle said that their captors kept outside information to a minimum during their five-year ordeal, noting that he did not know Justin Trudeau had become prime minister of Canada.

And when he was filming a “proof-of-life” video, Boyle said he was told that Trump was president. Boyle said he thought they were joking. “It didn’t enter my mind that he was being serious,” he said.

To be fair, that’s pretty much how you’d expect anyone to respond.